Characterful Aberconway House, located on the corner of Castle Street and High Street within the town walls of Conwy, is a medieval merchant's house which dates to the fourteenth century and is to be the only medieval merchant's house in the town to have survived the its turbulent history. The house is the oldest recorded dwelling of its kind anywhere in Wales and has been dated by the tree-ring analysis of its timbers to around 1420.

The building has a timber-framed upper storey picturesquely jutting over a stone-built lower storey and basement. The upper storey is believed to have been completed in the fifteenth century.

Well furnished rooms and an eight minute audio-visual presentation vividly depict daily life from different periods of the house's history. Aberconway House is decorated in the style of three different periods in history. The impressive great loft upstairs is Jacobean in style, while some rooms are Georgian in appearance. The house formed part of a temperance hotel in the nineteenth century, and accordingly there is a bedroom decorated in the Victorian style. 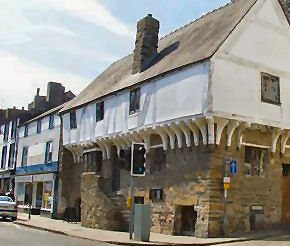 Aberconwy House once belonged to various English merchants who traded with the Welsh - who were not allowed to live within the walls of Conwy, its first owner being recorded as Evan David. The building was later used as a temperance hotel. It was saved from further alteration by Alexander Campbell Blair, who gave it and its contents to the National Trust in 1934.

There is limited electric lighting which makes the house dark on dull days. Its rooms are reputed to be haunted. 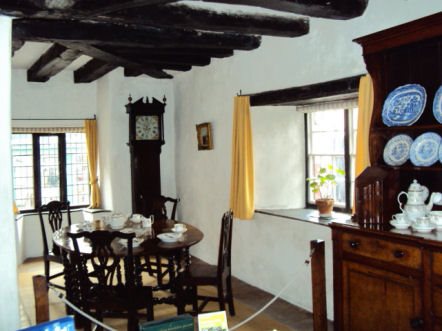 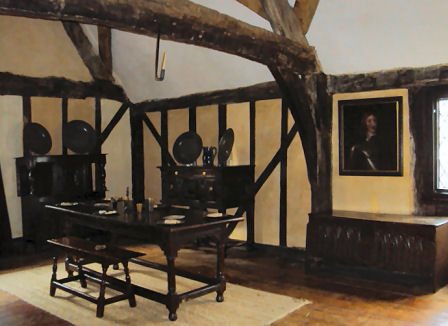 The building also contains a National Trust shop in the basement.