Plas Newydd, the country seat of the Marquess of Anglesey, is situated at Llanfairpwllgwyngyll, on the south east of the Isle of Anglesey, adjacent to the Menai Straits.

The Plas Newydd estate dates back to the fifteenth century when it was owned by the Griffiths of Bangor, a powerful and immensely wealthy local family. Gwilymap Griffith (d1431) had married Morfydd, the daughter of Goronwyap Tudur of Penmynydd. Her family were relatives of the first Tudor king, Henry VII. 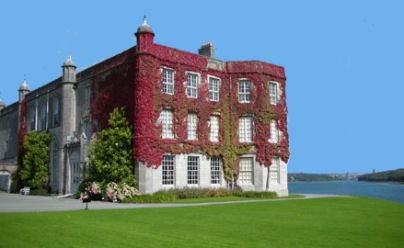 The house was built in the fourteenth century, the oldest part of the building is the Great Hall which has symmetrical entrances at either end. The house was later enlarged and two towers were added. The building was substantially altered in the eighteenth century by the famous architect James Wyatt who refaced it and blended the towers into the building front, the result was the mixture of classical and Gothic architecture which the visitor sees today.

The 5th Marquess of Anglesey had the chapel turned into a theatre at the end of the nineteenth century. All the furniture was sold by the 6th Marquess, to restore solvency and pay off the 5th Marquess' huge debts. The 6th Marquess was also forced to sell off the family's main home and their London house and the family moved into Plas Newydd permanently.

The house contains many of the works of the artist Rex Whistler, who had been a close friend of the 6th Marquess and stayed at Plas Newydd in the 1930's. He painted his largest mural (58 feet long), which is still displayed in the house, it depicts the scenery surrounding the estate. There is also a Military Museum which contains campaign relics belonging to the 1st Marquess of Anglesey, who commanded the cavalry in the battle of Waterloo, and the Anglesey Leg. 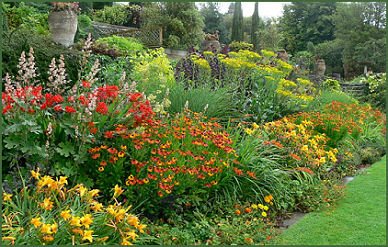 The house is situated on the banks of the Menai Strait also offers superb views over to the mountains of Snowdonia. The grounds include a rhododendron garden and Italianate terrace, Australasian arboretum, with an understorey of shrubs and wild flowers, while autumn brings out the massed hydrangeas. Guided walks with the gardener can be booked for parties larger than 15.

A neolithic chambered tomb in the grounds may be viewed from the car park and picnic area. There are also woodland walks, tea rooms and access to a jetty for boat trips along the scenic Menai Strait.

The house has been in the care of the National Trust since 1976.

From the A55, follow the A4080 for about 3km, Plas Newydd is on the left and is well signposted.