One of the best industrial sites in Wales, The Llechwedd Slate Caverns lie one mile north east of Blaenau Ffestiniog and were opened in 1972. The caverns have been the winner of all the top tourist awards. Visitors are taken down to the fascinating underground world of the Victorian slate miner.

There is the option of two tours of the mine. The first, The Deep Mine Tour, is entered by descending on Britain's steepest passenger railway for a twenty-five minute walk in the caverns through ten different sound and light sequences to the accompaniment of Welsh harp music, culminating in a tour of the original slate slabbing mill, the oldest part of the mine. 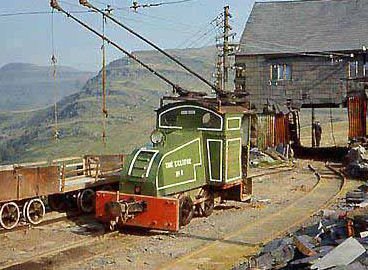 The second option, the Miner's Tramway, consists of a guided tour of the 1846 network of caverns of cathedral like proportions followed by a demonstration of Victorian mining skills.