Deganwy boasts a pleasant sand and pebble beach and a marina with five star hotel accommodation which was established on the site of former slate wharfs early in the 21st century. The town also has a wide range of shops. The handsome gothic style parish church of All Saints dates to the Victorian era and was built on land which was was given by Lady Henrietta Augusta Mostyn, the building was designed by the famous Cheshire architect John Douglas. 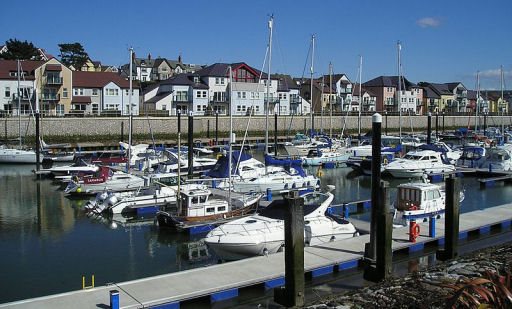 Deganwy Castle, which sits upon the twin hills above Deganwy, was probably first occupied during the Roman era, but was popular in the years following their departure because it was safe from Irish raids.

The Dark Age fortress, of which little now remains other than ditches and mounds, was formerly constructed of wood. Traditionally, it was the main residence of King Maelgwn of Gwynedd (circa 520 - 547), patron of St Cybi and St Seiriol. Bryn Maelgwyn (Maelgwyn's Hill) stands nearby and other places in the locality are associated with the Dark Age ruler. 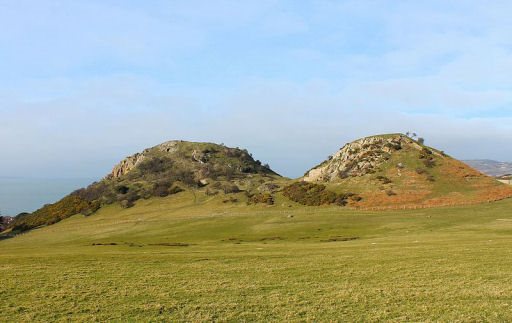 The castle was reported to have been struck by lightning and destroyed in the year 860. Documents reveal that the Norman lord Robert of Rhuddlan erected a further castle on the site in 1080, but nothing now remains of this building, it was captured by the Welsh and destroyed during the reign of King John. The castle was later rebuilt by King John's son. Henry III of England, but was destroyed yet again by Llywelyn ap Gruffudd, Prince of Wales in 1263, the ruins of these walls and towers survive to the present day.

The ruins were excavated by archaeologist Leslie Alcock in the 1960s, when sherds of Dark Age pottery which had been imported from the Mediterranean were found. A hoard of 204 Silver Cnut Pennies was discovered at the site in July 1979, including a extremely rare penny of Sigtryggr Olafsson, better known as Sithric III 'of the Silken Beard'.