Atmospheric Fairy Glen is known in Welsh as Ffos Noddun, which translates as 'deep ditch'.

Fairy Glen is a secluded gorge on the River Conwy and is located only a short distance from Beaver bridge on the outskirts of the village of Betws y Coed. The picturesque gorge is a great favourite with both photographers and artists. The River Conwy drops through a Victorian fish ladder and is channeled through a narrow ravine forming rapids and cascades. 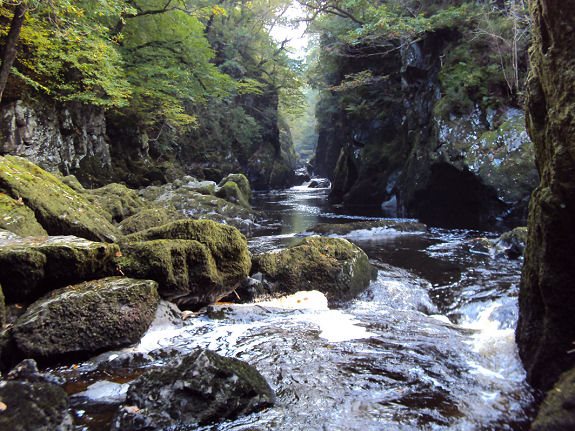 The thickly wooded gorge is a protected wildlife site and has a large population of rare ferns and lichens. Flowering plants include globeflower and early purple orchid. Otters have been reported to have been sighted at the spot.

Fairy Glen is reached via a path from the Fairy Glen Hotel beside the A470. A small entrance charge is payable and a car park is provided. 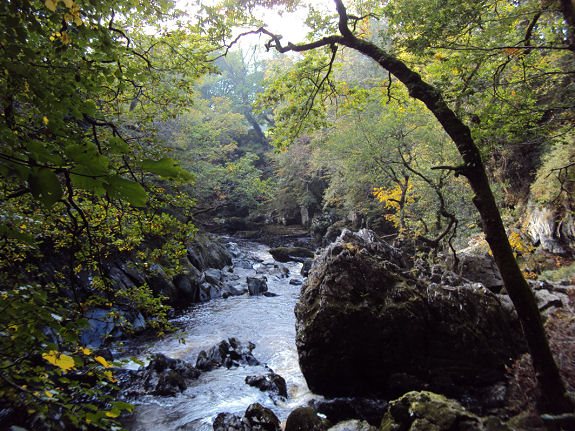