The village of Penmachno lies in the rural Machno Valley on the edge of the beautiful Gwydir Forest and is four miles to the south south of Betws-y-Coed. Its terraced houses cluster around a five arched stone bridge which dates from 1785 and links both parts of the village.

Penmachno, formerly Pennant Machno, was an important ecclesiastical centre in the Dark Ages. Both the village church and the holy well, which is curiously situated in the cellar of the old post office, are dedicated to St. Tudclud. The church contains the oldest Christian gravestones in Wales, dating from the late 5th and early 6th centuries. 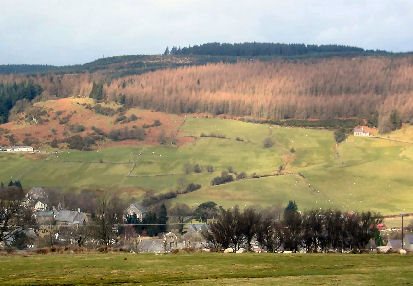 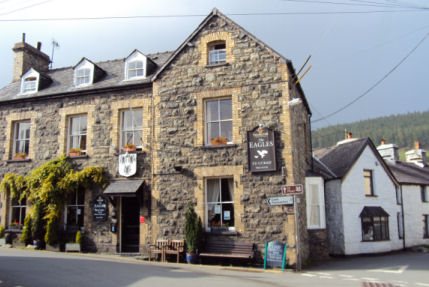 A well preserved traditional Welsh farnhouse, Tyn-y-Coed Uchaf, owned by the National Trust can be viewed by the public.

The Church of St Tudclud, Penmachno

St Tudclud was a sixth century Saint, one of the five sons of Seithennyr Said who, with his brother Gwyddno Garanhir, ruled the Ancient Kingdom of Gwynedd, under Maelgwn Gwynedd. 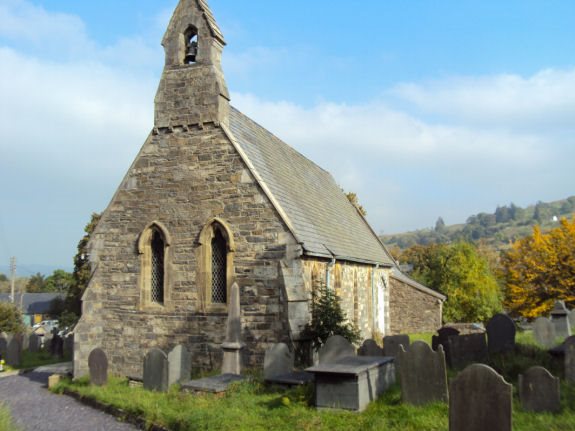 St. Tudclud's Church at Penmachno church was built in 1859 is the third chirch to occupy the site, the font dates to the twelfth century and once stood in the original church.Penmachno was an important early Christian centre as is evidenced by an outstanding collection of inscribed stones from the late fifth and mid sixth century AD that are to be found in the parish church.

Roman stone displayed in the church, discovered in 1820 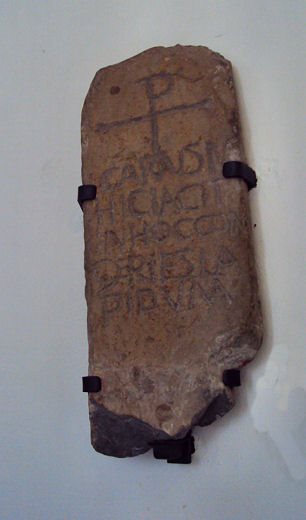 Three of the ancient stones in the church came from the dismantling of the neighbouring church of St. Enclydwyn, the others were discovered near to the Roman road which runs South to Tomen y Mur, one from Rhiw Bach and the other possibly from Beddau Gwyr Ardudwy, a legendary site near Bryn y Castell, Ffestiniog. One of these stones has the early Christian Chi-Rho symbol.

An earlier church on the site was reputed to be the burial site of a member of the royal family of Gwynedd- Iorwerth ab Owain Gwynedd (1145-1174), also known as Iorwerth Drwyndwn or snubnose, the father of Llywelyn the Great. The thirteenth century gravestone can be seen in the present church, this cannot, however, be proved to be his.

Across the bridge from Penmachno into the valley of Afon Lledr stands the isolated Ty Mawr, a seventeenth century house with small mullioned windows and a traditional cottage garden resplendent with Welsh poppies in the summer. 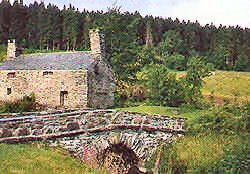 The house was the birthplace of William Morgan, Bishop of St. Asaph, who first translated the bible into Welsh. Restored to its sixteenth century appearance it houses a selection of Welsh bibles and an exhibition room.

A footpath leads from the house through woodland and surrounding fields, which are traditionally managed.