Snowdonia's prettiest village, Beddgelert, nestles beneath Mount Snowdon. The area around Beddgelert was once described by George Borrow in his book of 1862 as 'a wondrous valley, rivalling for grandeur and beauty any vale either in the Alps or Pyrenees'.

Set in some of the most majestic scenery Wales has to offer, its cluster of stone buildings are strewn with imaginative floral displays. Beddgelert has been a winner in the Britain in Bloom and Wales in Bloom competitions on many occasions. In 1997 it also recieved the prestigious gold award from 'Europe in Bloom'. 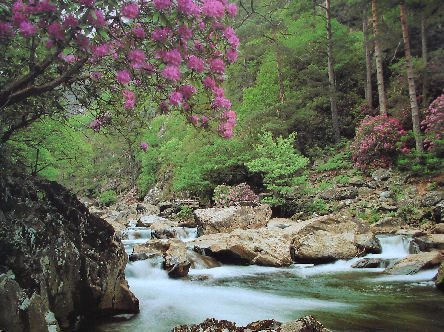 There is a free National Trust Exhibition and shop in the village, Ty Isaf, housed in a picturesque seventeenth century former farmhouse. Ty Isaf, formerly known as Bwthyn Llywelyn, is the oldest house in the village and occupies the site of the medieval hunting lodge of Llywellyn the Great, Prince of Wales. It features highly interesting displays on the history and wildlife of the area and a nineteenth century kitchen. 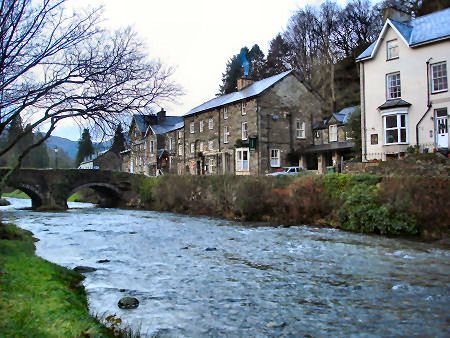 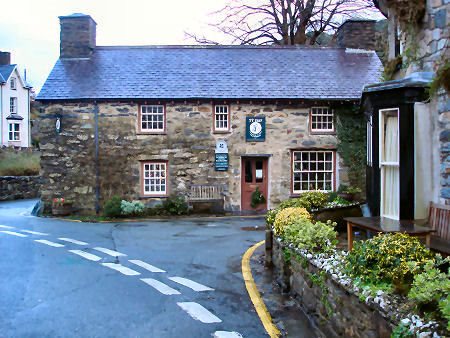 Beddgelert offers a range of amenities, a variety of tourist shops, many selling high quality goods, along with pubs restaurants, cafes, guest houses and hotels.

The idyllic rock strewn River Glaswyn, crossed by a picturesque ivy covered stone bridge dissects the village as it flows on down to the dramatic Aberglaswyn pass. Beddgelert is also famous as the setting for the endearing children's character, 'Rupert the Bear' 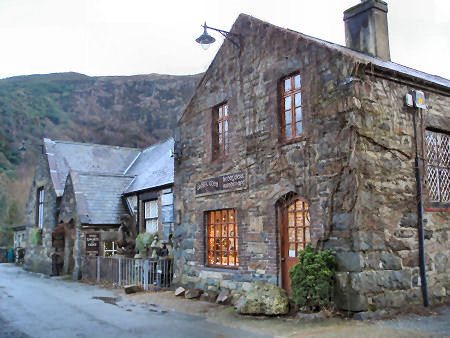 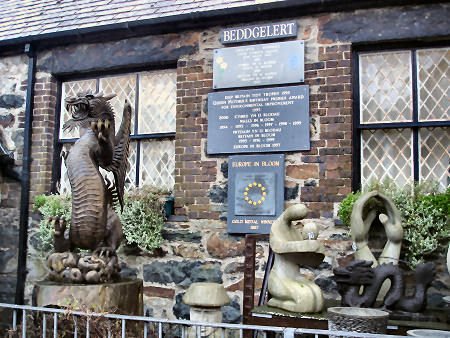 The village church, St. Mary's, stands on the site of a Celtic community which was founded in the sixth century, which was endowed by Llywelyn the Great. The original building was badly damaged by fire, reportedly by the marauding English troops of King Edward I in the thirteenth century, the present building still retains remnants of the former, visible medieval features include the transept arches and the stonework around the three lancet windows.

In a field by the river at Beddgelert stands Gelert's grave, which lends the village its name. According to a legend attached to the site, the stone monument marks the position of the final resting place of Prince Llywellyn's faithful hound, Gelert. 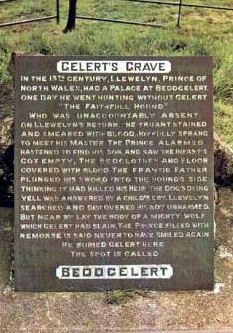 The plaque erected there relates the story :-

'In the thirteenth century, Llywellyn, Prince of North Wales had a palace at Beddgelert. One day he went hunting without Gelert,'the faithful hound', who was unaccountably absent. On Llywellyn's return the truant, stained and smeared with blood, joyfully sprang to his master. The prince, alarmed, hastened to find his son and saw the infant's cot empty, the bedclothes and floor covered with blood. The frantic father plunged his sword into the hound's side, thinking it had killed his heir. The dog's dying yelp was answered by the child's cry. Llywellyn searched and discovered his boy unharmed, but nearby lay the body of a mighty wolf, which Gelert had slain. The prince filled with remorse, is said never to have smiled again. He buried Gelert here.'

The facts behind the old story are now called into question. Evidence suggests that the story was embellished by the eighteenth century innkeeper of the nearby Goat Hotel, David Pritchard, eager to foster the tourist trade and it was he who was responsible for the grave.

A mile and a half north of Beddgelert lies Dinas Emrys, perched dramatically on a craggy hilltop. The castle was occupied well into the Dark Ages and is traditionally associated with both the ancient British king Vortigern and Ambrosius, from whose name Emrys derives.