Beautiful Bala Lake, crossed by the River Dee, is the largest body of water in Wales, being four miles long and a mile wide.

The lake is known in Welsh as 'Llyn Tegid', meaning Lake of Serenity, and was formed by the action of glaciers.

Local legend states that the lake is inhabited by a monster which is known as 'Teggie' and it is claimed that on moonlit nights towers and buildings can be seen under the waters of Bala Lake. Legend states these buildings to be the palace of King Tegid, husband of Ceridwen, the mother of the famous Welsh bard Taliesin (c. 534 - c. 599), the earliest poet of the Welsh language and often referred to as Taliesin Ben Beirdd (Taliesin, Chief of Bards) who was born in the area. 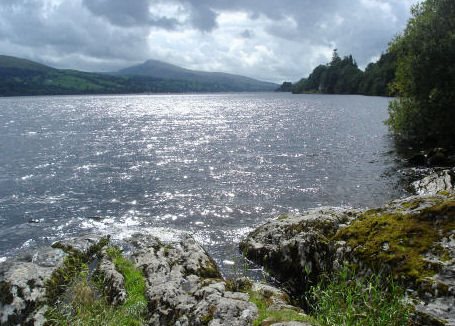 Bala Lake is widely used by watersport enthusiasts, because of the winds which sweep through its mountain valley setting. Kayaks and Yachts are available for hire to tourists, the steam trains of the Bala Railway run along its shore. The lake is 484 hectares in size and extends to 42 metres in depth.

Bala Lake is a protected wildlife site and its waters contain abundant pike, European perch, trout, eel and a rare and protected whitefish called the Gwyniad, a relic of the last Ice Age. The gwyniad spends most of its time in the deeper, colder parts of the lake and only swim into the shallower water at night to spawn, the fish is no longer found anywhere else in Britain. However, its natural home is becoming increasingly unsuitable due to deteriorating water quality and a lack of oxygen in the depths of the lake in summer, caused by the growth of algae . The lake also contains the very rare mollusc Myxas glutinosa - the Glutinous snail. 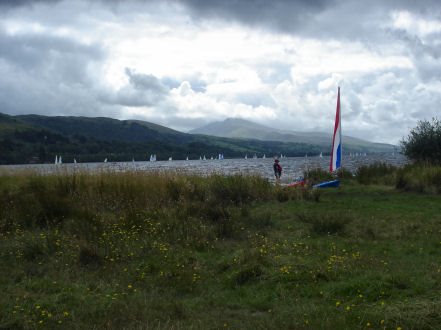 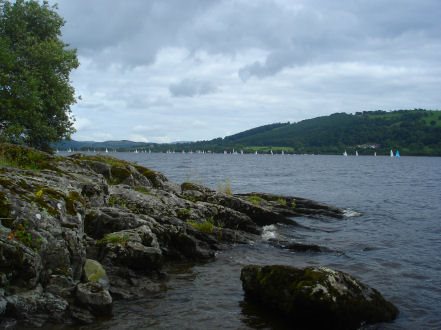 Llanycil Church is situated in a highly scenic location on the shores of the lake and occupies an ancient Celtic Christian site, famous as the destination for 15-year-old Mary Jones in 1800 when she walked 26 miles from Llanfihangel-y-Pennant to buy a bible from Rev Thomas Charles, the church was declared redundant in 2003 and is now used as heritage centre by the Bible Society. 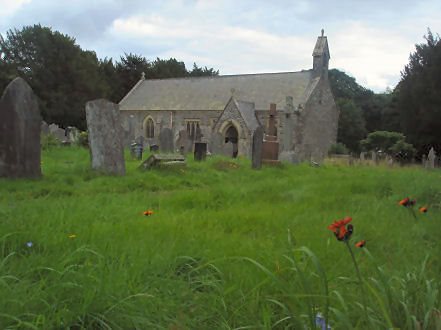 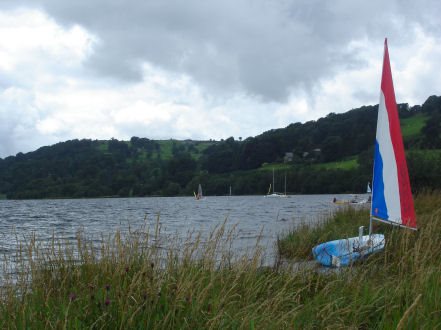 Attractions and places to visit around Lake Bala 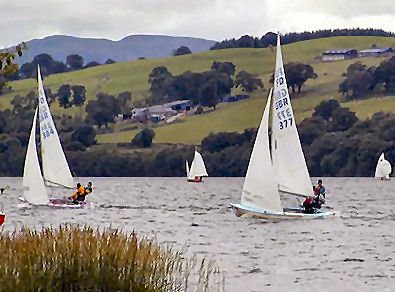 The Bala Railway (Rheilffordd Llyn Tegid) runs for 7-kilometres (4.5 miles) along the lake's south east shore and was built on a section of the former Ruabon - Barmouth GWR route which was closed in 1965. The popular gauge line has three steam locomotives, two of which worked in the slate quarries of North Wales. The 2ft narrow gauge steam trains give excellent views of the lake amid its surrounding wooded scenery, and of the nearby mountains, Arenig Fawr, Aran Benllyn and Aran Fawddwy.

The village of Llanuwchllyn ("the village above the lake") is the headquarters of the Railway and regular trains link the village with the town of Bala. At Llanuwchllyn, visitors can see the steam locomotives being serviced prior to coupling onto the train, can view the 1896-built Signal Box in operation and can enjoy light refreshments in the Station Buffet. There is adequate car parking at Llanuwchllyn Station.

The small and characterful town of Bala, which has a long and interesting history, is situated at the northern end of the lake. Historic town walks are availiable. Bala holds a regular Monday market and has a range of shopping facilities and accomodation.

In around 1310, in effort to quell the rebellion, Bala was granted a Royal Charter by Roger De Mortimer of Chirk Castle, the current street plan dates back to this era. Tomen y Bala, the town's castle, is adjacent to a large car park on Mount Street. This is a medieval earthwork castle of the 11th to 12th century. It is 40m wide and 9m high and offers superb views across the town. Llywelyn the Great is believed to have commandeered Tomen Y Bala in the early part of the thirteenth century.

The nearby National Whitewater Centre for watersports, which was developed as the first commercial whitewater rafting operation in Britain in 1986. Since then it has grown to become the largest rafting organisation in the country.