Conwy's medieval walls are among the best preserved in Europe and are now accorded World Heritage status. The town and castle were founded by King Edward I in 1283, both were virtually complete by 1287. The 1.2km circuit of walls, with the exception of the break to accomodate the modern roadway by the castle, are still intact and much of the wall is accessible to visitors to the town. Conwy is the best preserved of the medieval towns founded by Edward I in Wales. 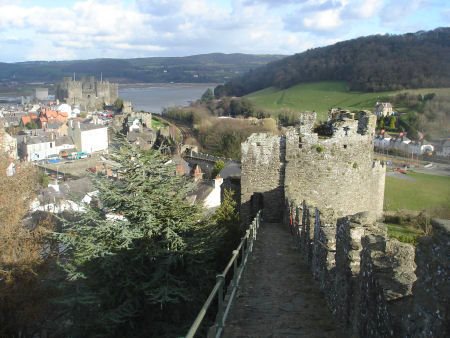 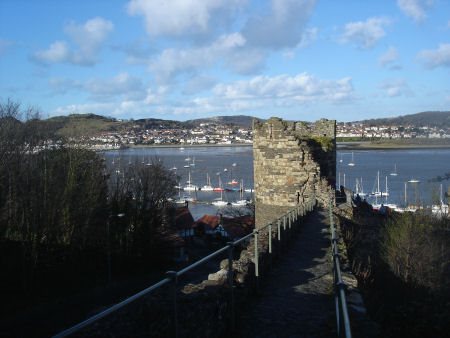 The town was laid out with three gateways and a grid of streets, the medieval street layout remains virtually intact. The walls are around 1.70 metres thick and 9 metres high. The towers on the wall, of which there are 22, stand at regular intervals of around 46 metres. Tower 13 is the highest of these and provides excellent views over the town and the Conwy Estuary. The towers were always open backed, the continuity of the walkway was maintained by means of simple plank bridges, which could be removed in the event of an attack. The walls were provided with around 480 arrowloops, designed for defence with crossbows and had the added protection of a ditch on their north and west sides. 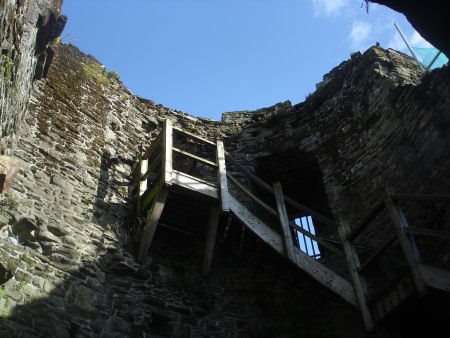 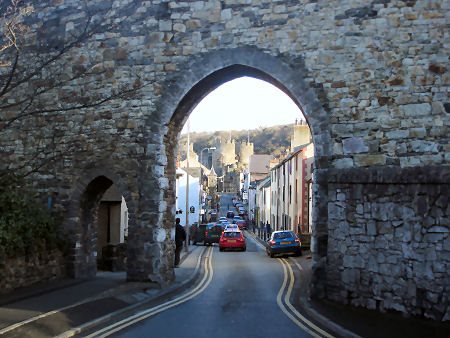 On the wall outside the Mill Gate can be seen a row of twelve latrine shoots, this remarkable example of medieval sanitation was built to serve the needs of the 'Kings Wardrobe' a body of officials responsible for the administration and finance of Edward I's military and building activities in North Wales.

Visitors are advised to take care when walking the walls, particularly in wet weather, as the gradient is steep and the surface uneven. Conwy town walls are maintained by CADW.