The town of Llanberis is situated beside Llyn Padarn in an area of outstanding natural beauty and acquires its name from the early Celtic saint, St. Peris.

Llanberis, which is twinned with the Italian town of Morbegno in Lombardy, grew around the slate quarrying industry, however, since the closure of the quarries tourism and the Dinorwig power station, a pumped storage hydroelectric station, have become the main sources of employment in the town. Llanberis boasts a good shopping centre and offers a wide range of accommodation to suit all budgets.It is is also a centre for outdoor activities including walking, mountaineering, climbing, mountain biking, pony trekking, water sports and Scuba Diving at the Vivian diving centre. 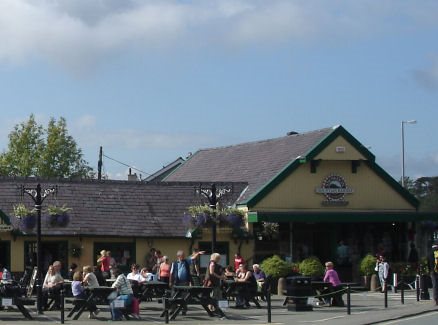 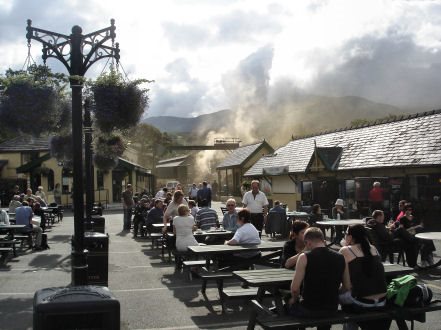 The romantic ruins of Dolbadarn Castle, built by the legendary Llywelyn ap Iorwerth (Llywelyn the Great) in the thirteenth century, stand above Llanberis. The castle is fairly regarded as one of the finest remaining castles of the native Welsh Princes

.The town nestles at the foot of the often cloud capped Mount Snowdon and is a popular base for ascents of the mountain, at 3,560 feet (1,085 metres) Snowdon is Wales highest mountain. The Llanberis Path to the summit leads from the town, although one of the longest routes, it is consequently the shallowest and the easiest, and follows the route of the Snowdon Mountain Railway. 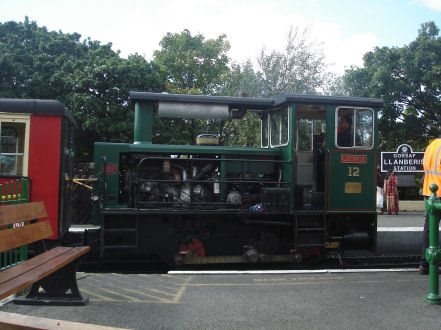 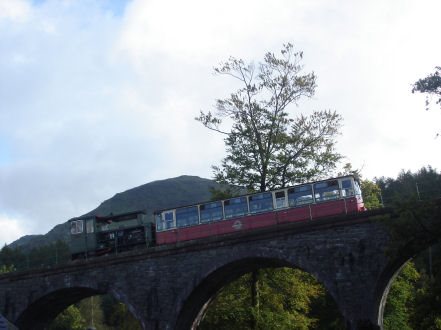 Llanberis' large Parish Church of St Padarn is a Grade II Listed building and was built in 1885 in response to the growing population caused by the expansion of industry. The church was extended in 1912. The East window which was installed in the second decade of the twentieth century, is highly decorative and quite striking.

Padarn Country Park on the shores of Llyn Padarn covers an area of 800 acres. There are a number of lakeside picnic areas and the park includes Coed Allt Wen, a rare and ancient oak woodland, where there are some superb scenic walks. The park offers the visitor a variety of themed trails, including a five mile trail around Llyn Padarn, and shorter Nature Trails amongst the woodland, as well as an interesting Industrial Archaeological trail centred around the Vivian Quarry.

Ceunant Mawr Waterfall, one of the most impressive waterfalls in Wales, lies less than a mile from Llanberis.

Llanberis also hosts two internationally famous races, the Snowdon Race, which takes place annually in July, to the top of Snowdon, and the Snowdonia Marathon, which is held in in October and starts and finishes in Llanberis, circumnavigating the Snowdon massif.