Spectacularly beautiful Lake Vyrnwy lies at the heart of the Berwyn mountain range, just to the south of Snowdonia. Lake Vyrnwy is actually a reservoir, and was formed by the building of a massive dam in the 1880's, in order to supply the city of Liverpool with its water. 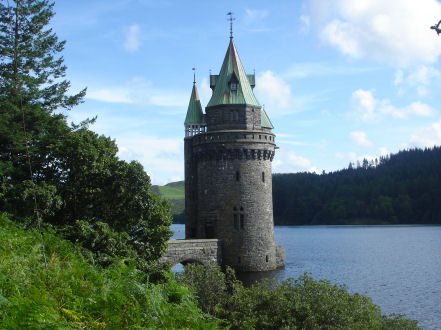 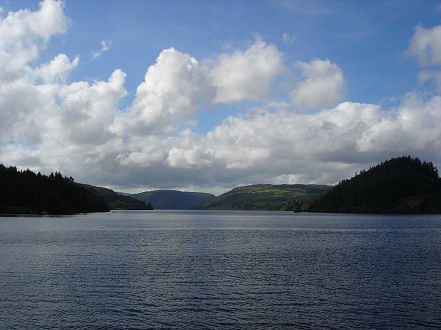 Lake Vyrnwy is around four miles long and located in a beautiful thickly wooded setting. The lake is fed by numerous streams, waterfalls and rivers. The highly picturesque pointed tower, standing 48 metres (160 feet) high, which rises from the waters of the reservoir is linked to the shore by means of a graceful arched bridge. This is actually a straining tower at the point where the water leaves the lake to proceed along an aquaduct and pipeline to Liverpool. 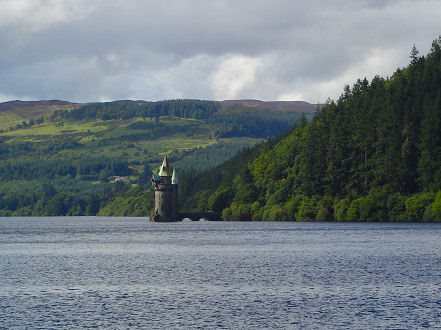 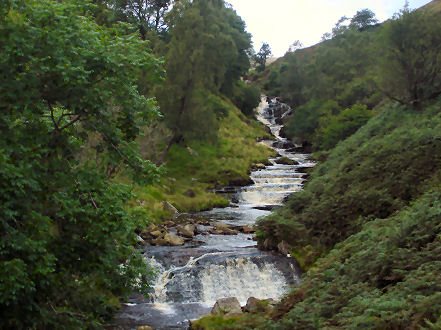 A narrow winding road circumnavigates the lake and many of the hillsides have been attractively planted with mixed deciduous and coniferous woodland, which are a particularly magnificent sight when clad in Autumn colours. There are numerous well sited picnic areas situated along the route and attractive woodland walks. Lake Vyrnwy is also home to an award winning international sculpture park which is the result of a collaboration between Local artists and the Vyrnwy Partnership. Admission to the Sculpture Park is free. 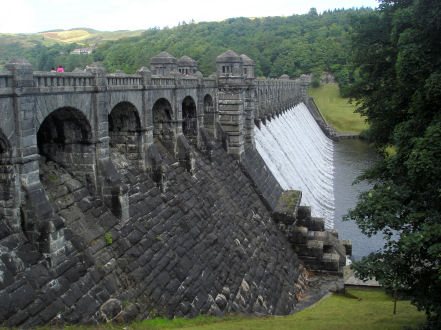 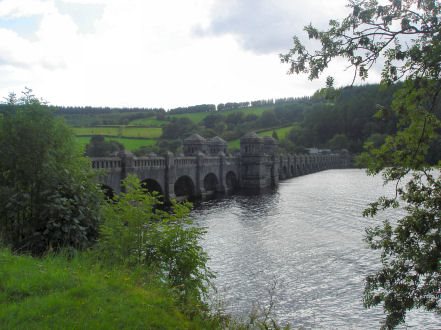 The dam, composed of huge blocks of Welsh slate, was begun in 1881 and completed by 1888. It stands on a natural ridge which crosses the valley, is 44 metres (144 feet) high, 39 metres (127 feet) thick at its base and 357 metres (1172 feet) long. The reservoir took two years to fill. The old village of Llanwddyn was completely submerged, but its atmospheric ruins can still be sighted when the water level drops during periods of drought.

The replacement village of Llanwddyn consists of two parts, the first is situated on the slopes adjacent to the dam, while the second sits at the bottom of the valley beyond the dam. It has a range of facilities, including a tourist information centre, cafes, a variety of gift shops and an RSPB shop. 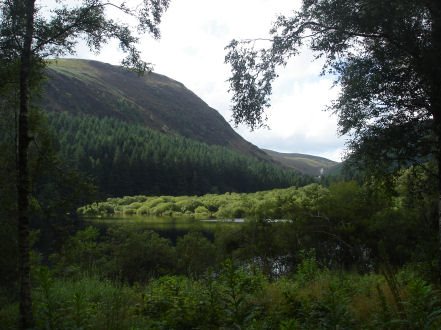 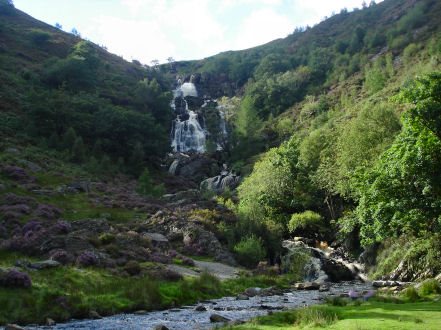 A spectacular high waterfall lies in the valley of Afon Eiddew, known locally as Pistyll Rhyd-y-meincau, it is commonly known as Rhiwargor Waterfall.

The region around the lake is the largest nature reserve in Wales and is administered by the Royal Society for the Protection of Birds, extending through superb woodlands on to the upland catchment at the southern end of the Berwyns. 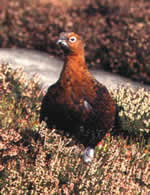 There are two hides overlooking the lake, from which golden plover, goosander, great crested grebe, melins, peregrine falcon, buzzards, red grouse, siskin and sandpipers, amongst many others can be seen. Around 90 species of bird have been recorded to be breeding on the reserve, and six species of bat, including the pipistrelle. Butterfly species which have been found on the reserve include Purple Hairstreaks, commas, and peacocks.

The reserve also contains semi-feral ponies and is the largest surviving tract of heather moorland in Wales. There is also a visitor centre and well-stocked shop.