Magnificent Caernarfon Castle stands on the busy quayside in the town of Caernarfon at the mouth of the River Seiont.

The castle was built by King Edward I, following his conquest of Wales and can be fairly said to be one of the finest castles in Wales. Edward employed the services of his master mason James of St. George to design the castle at Caernarfon.

Building commenced in 1283 after Snowdonia had been overrun by the English army and took ten years to complete, the castle was constructed not only as a military stronghold but also to act as a seat of government and royal palace and the building has a highly commanding presence. King Edward also built a town at Caernarfon, destroying the Welsh settlement which originally stood there, The design of the castle, with its high walls marked with arrow slits and its angular towers, is said to have been inspired by the city of Constantinople, now Istanbul, which Edward visited when on Crusade. King Edward's s son and heir, the ill-fated Edward II, the first English Prince of Wales, was born at the castle in 1284. 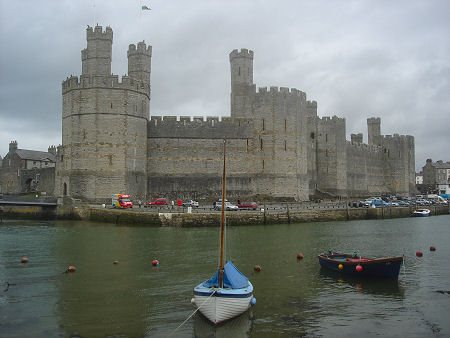 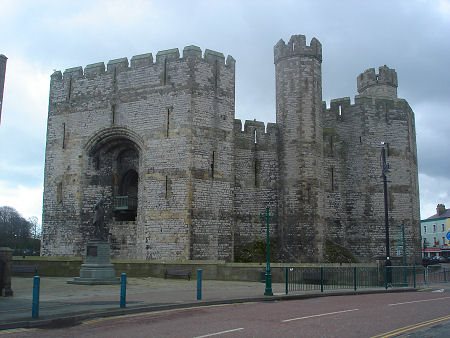 Caernarfon Castle is extensive, covering almost three acres. The outer walls are 8-10 feet thick and have thirteen turrets. Bestriding the mouth of the River Seiont at a strategically important point, the castle boasts unique polygonal towers, intimidating battlements and colour banded masonry and dominates the walled town of Caernarfon. The cost of construction totalled £22,000 a hefty sum for the time. The castle was never completed, and careful examination will reveal joints visible in several places on the internal walls, which where intended to accept further walls which were never built. 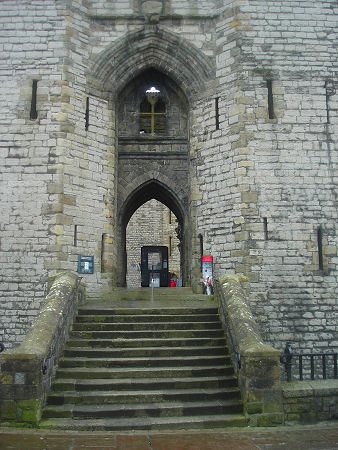 In the uprising of 1294–1295, Caernarfon was taken by the forces of Madog ap Llewellyn, but recaptured by the English in 1295. The castle has successfully withstood sieges by the forces of Owain Glyndwr in 1403 and 1404. During the Civil War, Caernarfon Castle was surrendered to Parliamentary forces in 1646. The castle underwent extensive repairs in the nineteenth century. 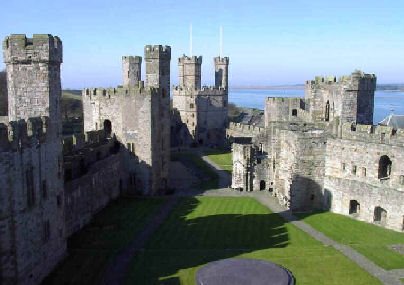 There is a fine statue of the castle's founder, Edward I and his consort, Eleanor of Castille under the tower by the north gate. The castle also houses the Regimental Museum of the Royal Welch Fusiliers. The 'Eagle and Dragon' audio-visual display relates the story of the building of Caernarfon and its rich history. Caernarfon is now listed as a World Heritage Site.

The castle was the venue for the 1911 investiture as Prince of Wales of the future Edward VIII and more rercently, the investiture of Prince Charles in 1969.

The Welsh Castles of Edward I