Cemlyn Bay is situated about 3 miles from Cemaes on the northwest coast of Anglesey, The bay and the area surrounding it form part of the Cemlyn Nature Reserve which was established in 1971 and is owned by the National Trust. The area is part of a Special Protection Area (SPA) for birds which includes the Skerries. The bay is defined by the headlands of Cemlyn Point and Cerig Brith, the area includes a large lagoon, separated from the sea by a spectacular, naturally-created shingle ridge.

The Anglesey Coastal Path, a 200-kilometre (124 mile) long distance footpath which follows nearly the entire coastline of the island, circles the bay. 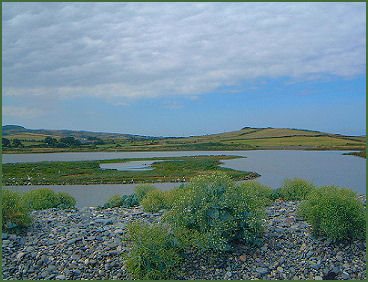 Bryn Aber, the large house situated at the western end of the reserve was bought by the wealthy Captain Vivian Hewitt in the 1930s who built a dam and weir at Cemlyn, changing the saltmarsh area close to the house to become the large lagoon that we can see today. The lagoon serves as a wonderful refuge for wildfowl, providing an ideal nesting site, protected from predators. 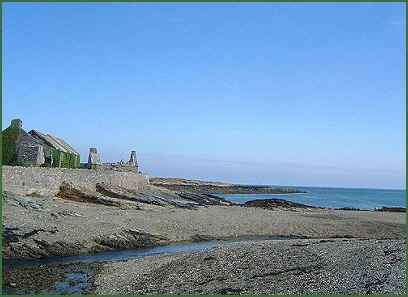 On the islands at the western part of the lagoon is an important tern colony, with the only breeding Sandwich Terns in Wales and the third largest in Britain. Arctic and Common Terns also breed at the reserve, as occasionally does the Roseate Tern. From the vantage point of the tern viewing area on the ridge, visitors to the reserve can experience these rare and elegant birds close-up – chasing and diving in courtship displays; incubating eggs; preening and bathing in the lagoon, or calling to their chicks.

Cemlyn is sign-posted from Tregele on the A5025 between Valley and Amlwch. Although the roads to the site are narrow, there are two car parks adjacent to the reserve