The deep valley of Nant Gwynant to the side of Snowdon, north-east of Beddgelert, was formed by the actions of glaciers. 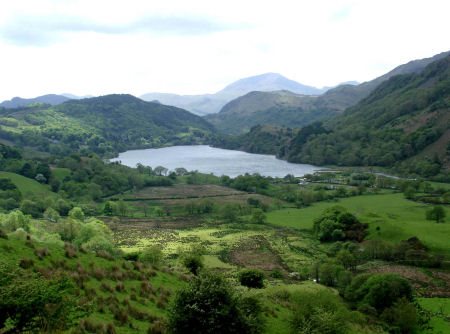 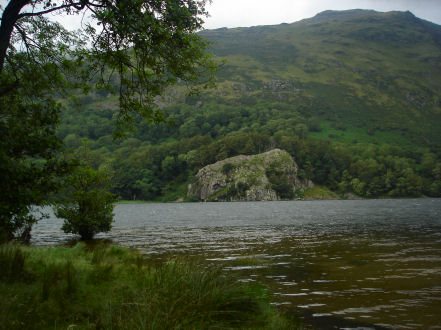 It houses two lakes, the peaceful Llyn Dinas and Llyn Gwynant which huddle beneath Mount Snowdon. Popular with windsurfers and canoeists the lake has an excellent campsite, with a range of amenities on its shore. The lake is 50 ha in size, the A498 road which runs along the length of its southern bank. 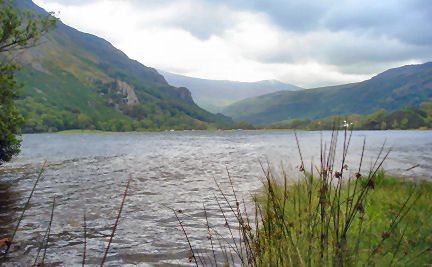 There is a well positioned car park from which to appreciate the truly stunning views into the valley. 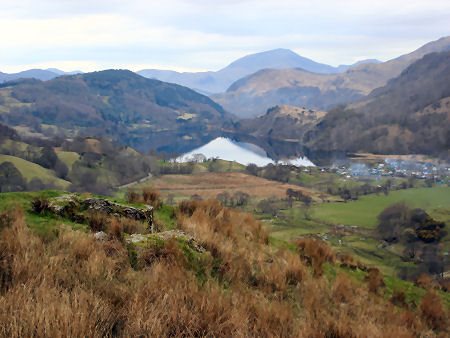 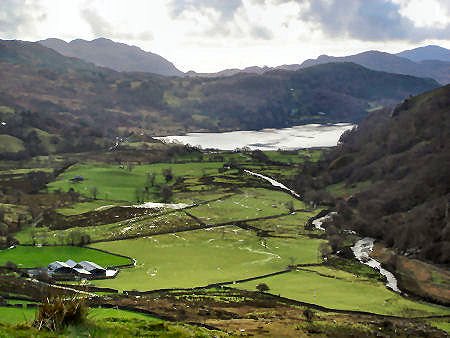 The road through the mountain pass goes by Hafod Lwyfog, built in the 1540's, the house was the birthplace of Sir John Williams, goldsmith to the Stuart King James I. The National Trust property of Craflwyn is also situated in the pass. Standing beneath the mystical hill of Dinas Emrys once occupied by Vortigern, King of Kent, who fought the Anglo-Saxon invasions.

The Bethania Chapel, which dates from 1822 and stands in a stunning location, was purchased when it closed as a place of worship and has been renovated as a café. Due to its location at the start of the Watkin Path up Mount Snowdon it is a highly popular spot with walkers.

Llyn Dinas, further along the valley is a tranquil and peaceful lake and escapes some of the worse ravages of summer tourism.