Located deep in the mountainous heart of mid Wales, the highly picturesque ruins of Castell-y-Bere stand in an isolated spot in the Dysynni valley, near Llanfihangel-y-Pennant, ten miles south-west of Dolgellau. Perched dramatically high on its rocky outcrop in the shadow of Cadair Idris, this impressive fortress was strategically placed to guard an important pass into North Wales. 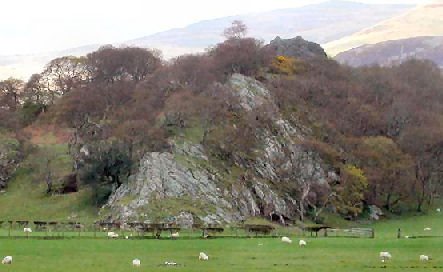 Castell-y-Bere was built by Llywelyn ap Iorwerth or Llywelyn the Great, Prince of Gwynedd in the thirteenth century to guard what was once a major route though the mountains. t was from Bere that Llywelyn journeyed south to meet with all the Welsh princes near the town of Machynlleth, in order to set up a governing body for Wales, he achieved this but it survived just a few years . Castell y Bere was strengthened by his grandson, Llywelyn the Last. 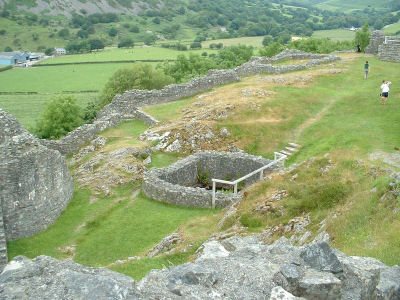 The castle was besieged during the Second Welsh War of Independence of 1282/83 by the central English Army under the command of King Edward I's Savoyard Lieutenant Sir Otto de Grandison. It fell, in April 1283 after which it was garrisoned by the English invaders. Castle y Bere was the last castle to fall during Edward I's military campaign against the Welsh. Realising the castle's strategic importance in his campaign to capture Wales, Edward refortified the castle. Castell y Bere was again attacked during a Welsh revolt by Madog ap Llywelyn in 1284, during the course of which it was badly damaged, after which the castle was abandoned and fell into a state of disrepair. 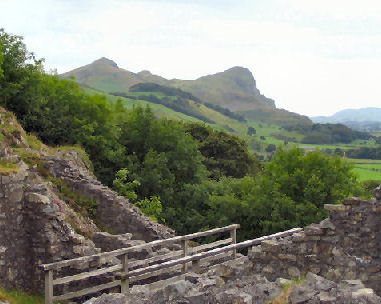 The shape of the castle is dictated by the shape of the rocky outcrop which it bestrides. At the north and south ends stand two typically Welsh D shaped towers. The north tower once contained a chapel on its first floor. A third rectangular tower at the highest point of the castle served as a keep. It was once protected by a system of ditches and drawbridges.