Harlech Castle perches on a two hundred feet rock above the town of Harlech.The castle is a World Heritage inscribed site, founded by King Edward I in 1283, during his second campaign in North Wales, as one of an iron ring of fortresses to subdue the Welsh.

Designed by Edward's master architect, Master James of St. George, Harlech Castle cost £8,100 to build. Construction began in the spring of 1283 and was largely complete by 1289, at its height it occupied some 950 workmen. Situated high on a rocky outcrop, defended by sheer cliffs on one side, with a deep moat on the other sides, the castle is built in a concentric plan, with one line of defences enclosing another. All the exterior surfaces were originally rendered and whitened. 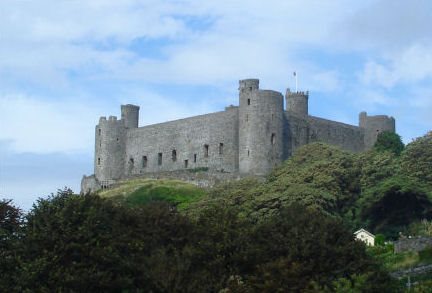 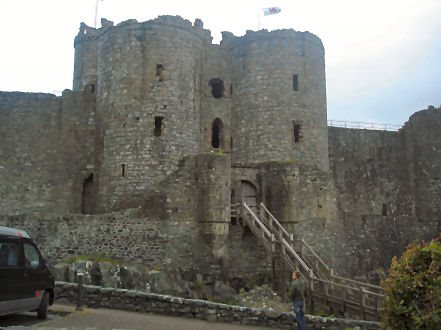 Lying between two concentric walls of defence, the outer ward by the massive inner ramparts, rendering it virtually imposible for an attacker to gain the inner stronghold from it. A stairway from the outer ward descends to the base of the rock on which the castle is situated, originally it provided access for shipping and sea-borne supplies. 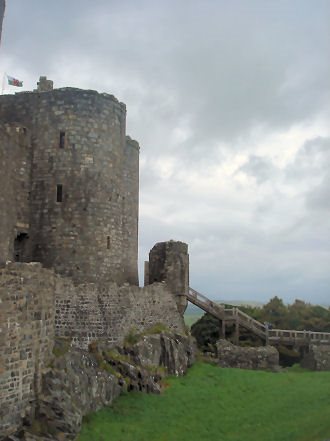 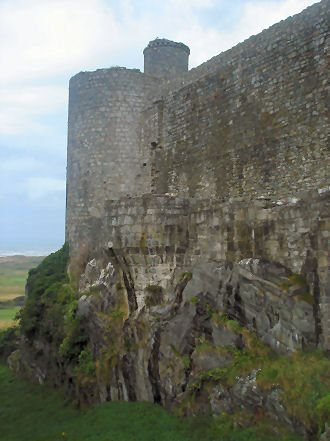 The rectangular inner bailey at Harlech has a round tower at each corner and a gatehouse situated on the east wall. The gatehouse was the main point of entry to the castle, the present wooden stairs replace a stone bridge between two towers in the moat with a drawbridge at either end. The foundations of these towers may still be seen today. The great inner gatehouse was defended by arrow loops, two large barred gates and three portcullises. Above the gate passage were two self contained suites of accommodation. each with its own chapel. The governor of the castle occupied the first floor apartments. 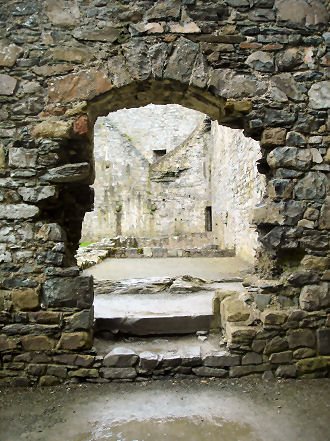 The inner ward of the castle was the central stronghold, containing the great hall, the most important public building at Harlech Castle, where guests would be received, meals taken and public business conducted. Service buildings and a chapel stood against the other sides of the ward, while the corner towers provided further accommodation. The average garrison at Harlech consisted of only around 30 men. 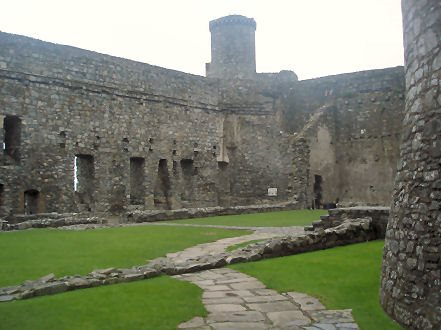 The castle has been attacked many times and was taken by the Welsh leader Owain Glyndwr in 1404, who held a parliament there. For a time it served as his capital before being retaken by the English in 1408. During the Civil War (1642-48), Harlech gained the distinction of becoming the last of the Royalist strongholds, the surrender of the castle to the besieging Parliamentry forces in March, 1647 marked the end of the War.