Beautiful Llyn Geirionydd is situated at the northern edge of the Gwydyr Forest, where the edge of the forest meets the lower slopes of the Carneddau mountain range. 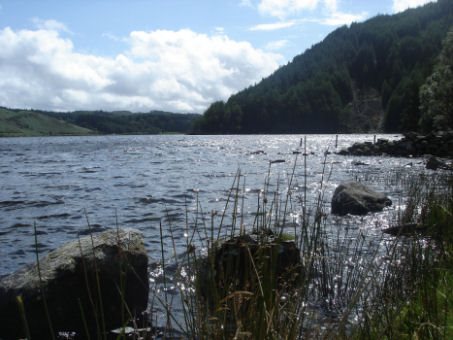 The lake, which is around a mile long, has a lakeside car park with picnic facilities and is the only lake in Snowdonia to allow power boats and water skiing. Afon Geirionydd, the outflow of the lake, flows down a steep gorge which is popular for gorge walking. At the bottom of this gorge are the remains of Klondyke Mill, which was once powered by water from the river. The Afon Geirionydd joins the Afon Crafnant an outflow from nearby Llyn Crafnant, from where they flow on to join the River Conwy. 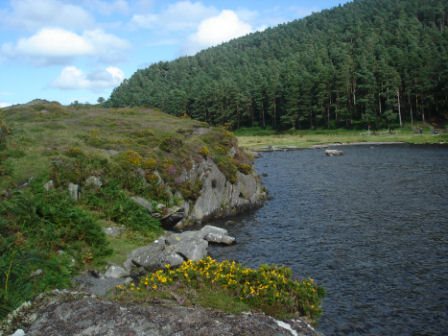 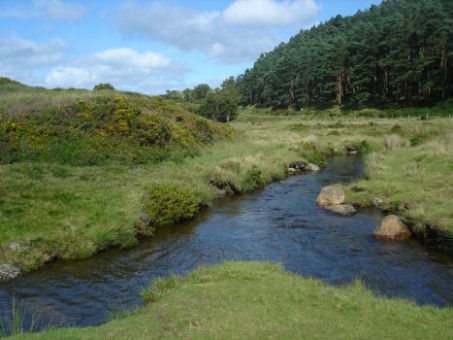 The nearest settlement is the remote hamlet of Llanrychwyn, which contains an ancient church, parts of which date to the eleventh century. The church has connections to Llywelyn the Great. 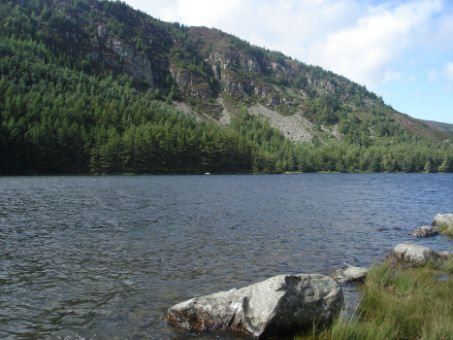 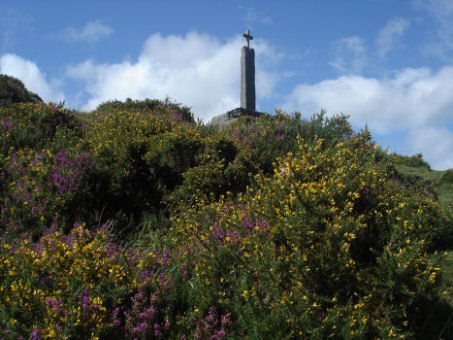 Llyn Geirionydd can be reached by car from either Llanrwst or from the A5 between Capel Curig and Betws y Coed.

On a small hill overlooking Lake Geirionydd stands the Taliesin Monument, which commemorates the sixth century Welsh bard, Taliesin (c. 534 - c. 599), the earliest poet of the Welsh language whose work has survived and often referred to as Taliesin Ben Beirdd (Taliesin, Chief of Bards). He was chief bard in the courts of at least three kings of Britain, and is associated with the Book of Taliesin, a text from the tenth century containing his poems. He lived in the area, mainly on the shores of Llyn Geirionydd, where he is also stated to be buried. 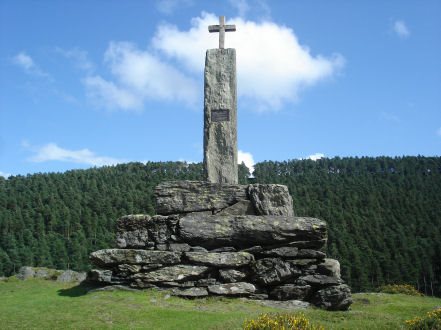 The monument was erected in 1850 by Lord Willougby d'Eresby of Gwydir Castle and restored in 1994 by the Trefriw Community Council, after being damaged by lightening. Largely because of the legendary association with the great bard, the poet Gwilym Cowlyd (John Roberts -1828-1904, a native Trefriw) chose the site for his annual "Arwest", between 1863 and 1927. This was a cultural festival, similar to an Eisteddfod.

The Red Book of Hergest XVII contains the line - "I being Taliesin, from the borders of the lake of Geirionnydd." Some sources claim that he was also born in this area, but it is more likely that he was born in Powys, as demonstrated by the contemporary poems to Cynan Garwyn, King of Powys.