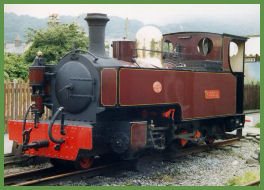 The original railway closed down in 1936, after which its tracks were sadly lifted and used for scrap metal during World War II.

The project to restore the Railway was begun by a group of enthusiasts in 1961, who formed the Welsh Highland Railway Society, aimed at restoring all or part of the railway to its former glory, which now operates as one of Snowdonia's leading tourist attractions. 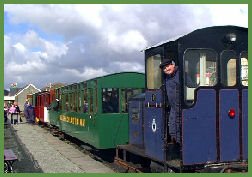 The line today commences from beside historic Caernarfon Castle, from where it runs to Dinas, before heading inland to the panoramic mountains of Snowdonia, passing through superb scenery enroute to Rhyd Ddu at the foot of Mount Snowdon, where it meets one of the paths up the mountain.

Work is being carried out to to complete the last section of the railway to Porthmadog.