The village of Llanuwchllyn is situated near to the southern end of Bala Lake (otherwise known as Llyn Tegid), the largest natural lake in Wales. The River Dwfrdwy, a tributary of the River Dee, runs through the village. The name Llanuwchllyn translates as the village above the lake. 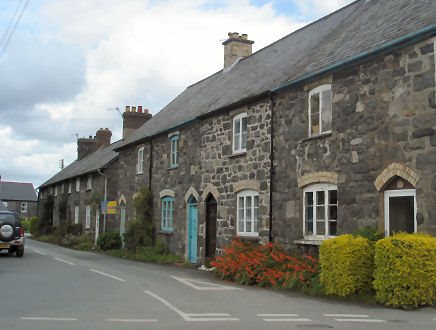 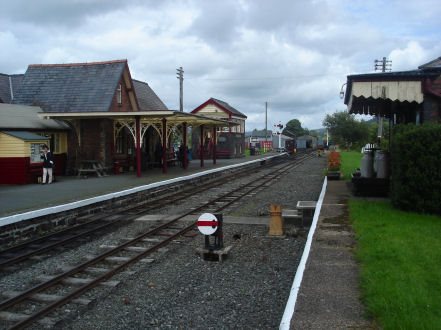 The village is home to the Bala Railway which runs for 7-kilometres (4.5 miles) along the lake's south east shore. The popular gauge line has three steam locomotives, two of which worked in the slate quarries of North Wales. The 2ft narrow gauge steam trains give excellent views of the lake amid its surrounding wooded scenery, and of the nearby mountains, Arenig Fawr, Aran Benllyn and Aran Fawddwy. The village of Llanuwchllyn is the headquarters of the Railway and regular trains link the village with the town of Bala. At Llanuwchllyn, visitors can see the steam locomotives being serviced prior to coupling onto the train, can view the 1896-built Signal Box in operation and can enjoy light refreshments in the Station Buffet. There is adequate car parking at Llanuwchllyn Station.

The village church is dedicated to St. Deiniol and dates to 1872, it occupies the site of an earlier medieval church. St. Deniol (died circa 584), was the son of Dunawd, son of Pabo Post Prydain and is reported to have been the first Bishop of Bangor. The church contains an interesting old communion plate showing the story of the Temptation in relief and there is also a recumbent effigy of a mail-clad knight of the fourtenth century.

Sir Ifan ap Owen Edwards, who in 1922 founded the Welsh Youth Movement, Urdd Gobaith Cymru, was born in Llanuwchllyn, a nearby nineteenth century mansion is now used by the Urdd Gobaith Cymru as a centre for its activities.