The Menai Strait, or Afon Menai, is a 22km long narrow channel of the Irish Sea which separates the Isle of Anglesey from mainland Wales. The narrow southern end of the strait is but 400 metres wide but widens near Caernarfon Castle. 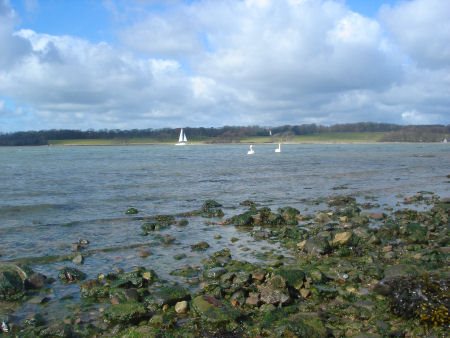 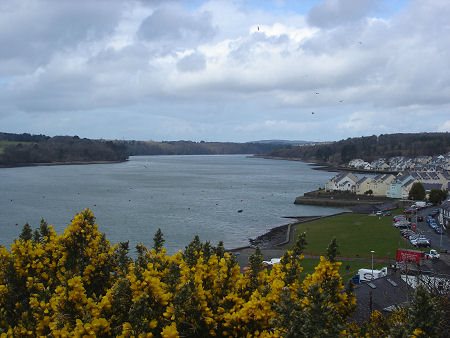 The famous 1,000 feet Menai Suspension Bridge, which stands a hundred feet above the the surface of the water was designed by Thomas Telford in 1811 and completed and opened on 30 January, 1826. It was the first suspension bridge of its kind in the world. There are some good views of the bridge from the A5 and the nearby town of Menai Bridge. 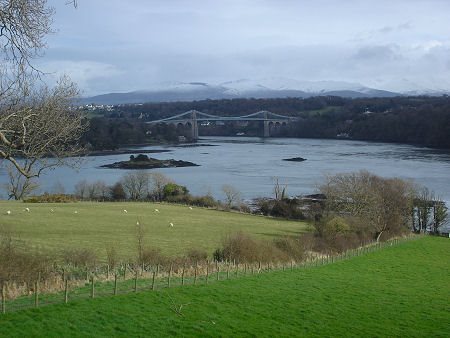 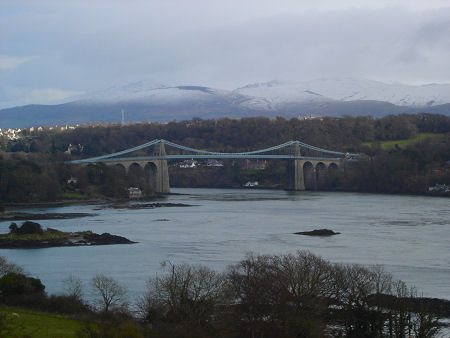 The nearby Britannia Railway Bridge was built in 1850 by Robert Stephenson, son of the railway engineer George Stephenson. A terrible fire of 1970 destroyed all but the stone pillars, it was rebuilt as a steel box girder bridge.

Puffin Island known in Welsh as Ynys Seiriol is an uninhabited island in the Menai Strait, situated off the eastern tip of Anglesey.

The Isle of Anglesey