Snowdon, in Welsh, Yr Wyddfa, meaning 'the tumulus', dominates the landscape of North Wales, soaring to 3,560 feet (1,085m) and is the highest mountain in Wales or England. The Snowdon range consists of eleven peaks, three of which surpass 3,000 feet. 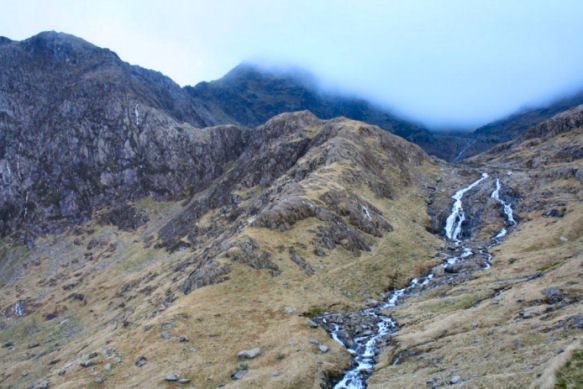 Often cloud capped, Snowdon is shrouded in legend, and is reputed to be the burial place of the giant ogre Rhita, vanquished by the famous King Arthur. The mountain is home to a number of rare flowers and insects, including Sundew, an insectivorous plant. 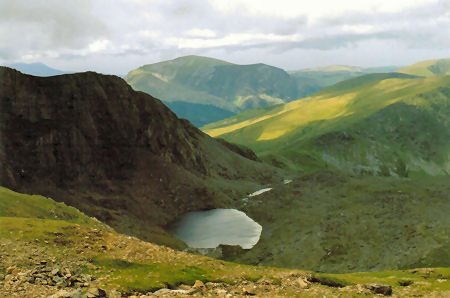 A climb to the summit, on a clear day is rewarded with enthralling views of England, Ireland and Scotland. The mountain has been exploited for its copper since as far back as the Bronze Age, extensive Copper Mines were excavated in Victorian times. 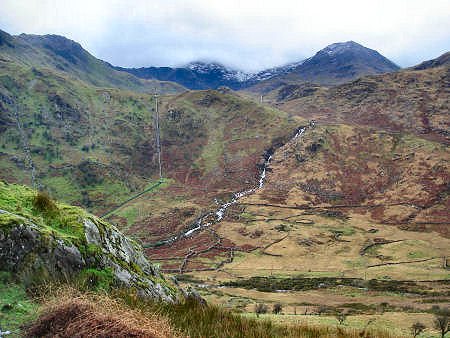 The Snowdon Railway can be taken to the summit, from where there are panoramic views.

The railway began over a hundred years ago, the idea of an enterprising group of businessmen. Work commenced to a Swiss design in 1894, the rack and pinion railway, which has a gradient of 20% was opened in 1896. 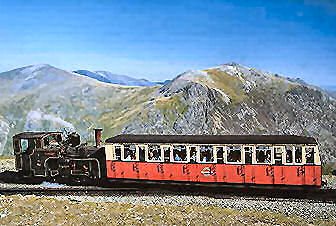 In an ambitious feat of engineering, and uniquely in Britain, the railway rises to within 66ft of the summit of the mountain. The 60 minute journey commences from Llanberis station. 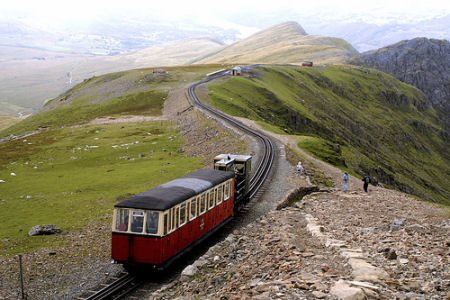 Hafod Eryri, the new visitor centre on the summit of Snowdon, opened in the spring of 2009. A uniquely designed structure built of granite with large views from the wall of glass which makes up the front of the centre. It acts as a terminus for the Snowdon Mountain Railway providing refreshment facilities, toilets and interpretation of the mountain, its history and ways to enjoy it. Much of the interpretation is built into the structure.

Paths to the summit of Snowdon

PYG Path - The favourite route, well made path, contours around the cwm, 3.25 miles, starts from the car park by the Pen-y- Pass Youth Hostel.

Watkin Path - The hardest and longest climb, 3.5 miles, commences from the Car Park beyond Llyn Gwnant.

Rhyd Ddu Path - East to follow but steeper near the top, 3.75 miles, commences from car park at Rhyd Ddu.

Miners Track - Follows the old miners track to lake then rises more steeply to adjoin the Pen-y-Gwryd route to the summit, 3.75 miles, commences from car park near Pen-y-Pass Youth Hostel.