St. Seiriol established a monastery at Penmon, about about 7 miles to the north-east of Beaumaris, close to the Menai Strait in the 6th century AD. This wooden building was destroyed in a Viking raid in 971 A.D.

The tranquil abbey church and conical tower we see today were built in the twelfth century by Gruffydd ap Cynan and Owain Gwynedd, the oldest surviving parts of this church date to 1140. The twelfth-century stone church is the most complete example of a Romanesque church in Gywnedd. 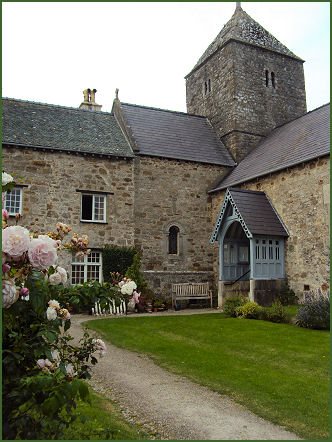 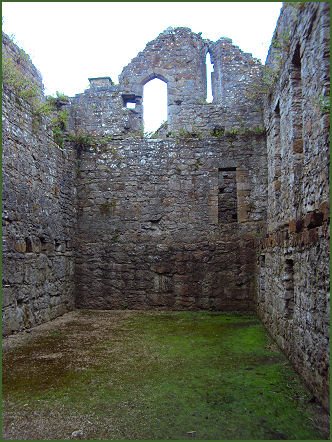 In the early 13th century, during the reign of Prince Llywelyn ap Iorwerth, Penmon became an priory of the Augustinian order or the 'Black Cannons'. A refectory was added, including a dining hall, dormitory and cellars. Although now roofless, the building remains an impressive structure. A doorway at ground level provides access to a cellar, adjacent to the doorway is a 12th Century gravestone that had been used as the door lintel for many years. 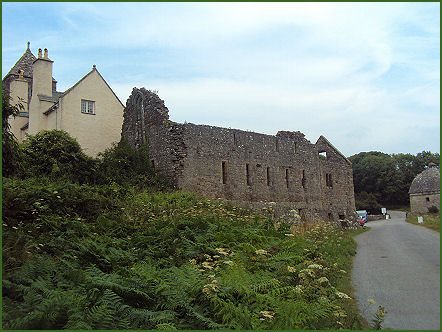 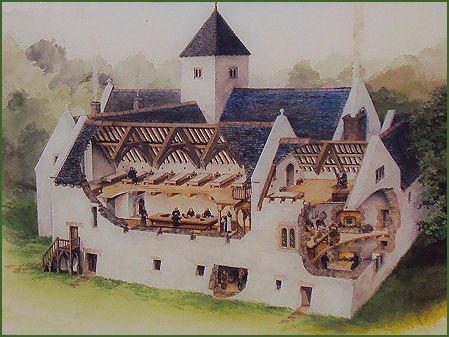 After surviving the conquest of Wales by King Edward I, it was eventually dissolved in by King Henry VIII in 1538. The buildings then became the property of the Bulkeley family of Beaumaris. The Bulkeleys used much of the surrounding land for a deer park, and built the dovecot which stands near the church.

10th century cross inside the church and the square font 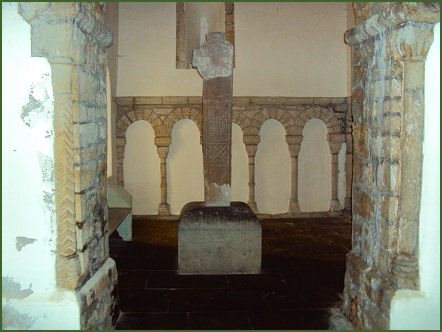 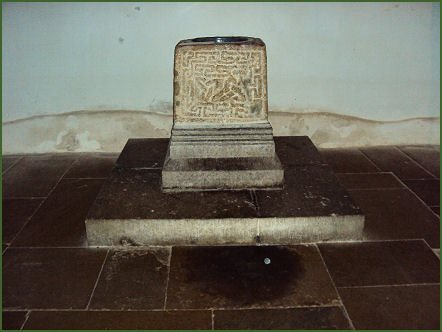 The two ornately carved medieval crosses, dating from the 10th century, that once stood in front of the monastery still survive to the present day and may be seen inside the church. The larger cross is badly weathered as it stood outside exposed to the elements until 1977, a small section between the top of the shaft and the head is missing. It bears interlacing decorative patterns and a pictorial scene showing the temptation of St. Anthony, along with a probable hunting scene, which are just still discernable. The smaller cross is not as weathered but has an arm of the cross missing as it was used as a lintel for the refectory windows. A baptismal font elsewhere in the church has similar patterns and may have been the original base of this cross; it now has a modern base. The font at the end of the nave is decorated with three panels of similar fret decoration, and it probably once was the base of another cross. 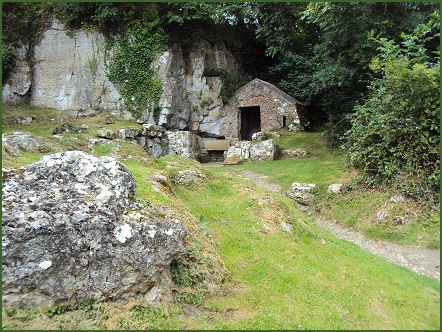 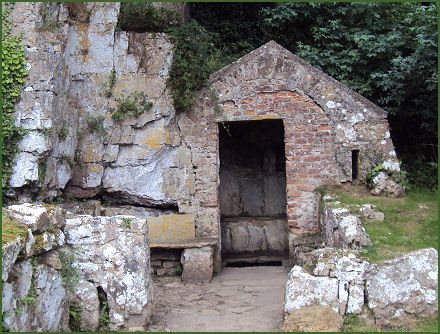 As was often the case with Celtic churches from this period, the church was associated with a well. The Well springs from below a limestone outcrop and is housed within a roofed chamber. The well was built by the monks of Penmon and is probably one of the oldest buildings at the priory, thought to have healing powers, it was visited by pilgrims in medieval times. It is said that the lower stone walls near the well formed part of Seiriol's 6th century church, if true, this would make it the oldest remaining Christian building in Wales. The well is reached by a path on the left just beyond the car park. 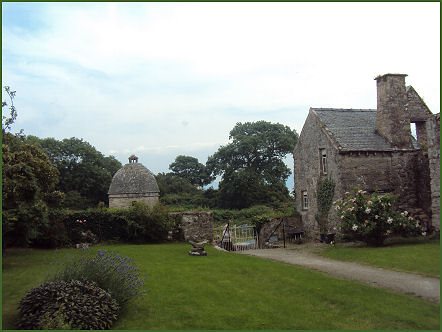 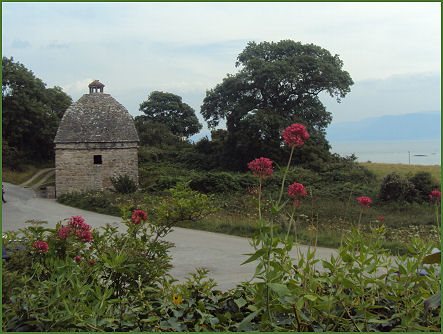 The dovecot at Penmon dates back to about 1600 and was built by Sir Richard Bulkeley for housing pigeons used for their eggs and meat. It has a large domed roof with a cupola on top so birds could fly in and out. Inside the dovecot were 1,000 nesting boxes, with a pillar in the centre supporting a revolving ladder providing access to the nesting boxes.

At Nearby Puffin Island, known as Ynys Seiriol in Welsh (Seiriol's Island). St. Seriol established small community and cell and a number of mediaeval monastic buildings may be seen there.

Several parts of the building are in the care of Cadw and are free to visit.