The sedate village of Rhos on Sea, known as Llandrillo-yn-Rhos in Welsh, lies at the western end of Colwyn Bay. The village and the nearby town of Colwyn Bay developed as holiday resorts in Victorian times with the advent of the railways. In common with nearby Llandudno, the village enjoys a mild climate and has a pleasant promenade and sand and shingle beach.There is a range of accommodation on offer and a good selection of shops. 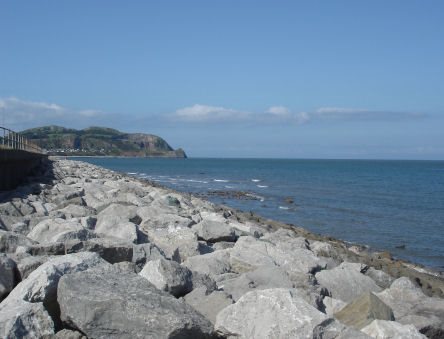 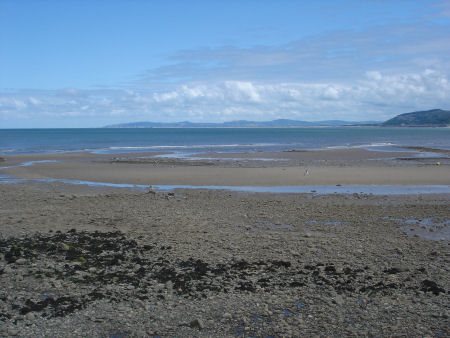 The name Llandrillo derives from the sixth century Celtic saint, St. Trillo. The term Rhos derives from Welsh kingdom of Rhos established in Roman times as a sub-kingdom of Gwynedd. Legend states that Madog, son of the Welsh Prince Owain Gwynedd, sailed from Rhos on Sea to discover America in 1170, over three hundred years before Christopher Columbus. A plaque attached to one of houses on the sea front commemorates the tradition.

The parish church of Llandrillo yn Rhos stands on a site that has been occupied by a church since the thirteenth century, the oldest parts of the present church date to the fifteenth century. The church stands on the site of the private chapel of Ednyfed Fychan, sensechal to Llywelyn the Great and ancestor of the House of Tudor and incorporates what was his tombstone. The font dates to Medieval times. The building undwent a major restoration in 1857. In the churchyard stands the grave of Harold Lowe, an officer on the Titanic, distinguished as being the only one who returned in his lifeboat to attempt to save the drowning passengers.

Ednyfed Fychan built a fortified manor house at Rhos on Sea in the thirteenth century, Llys Euryn Mansion today stands in ruins. The original building was probably burnt down during Owain Glyndwr's revolt and later rebuilt. 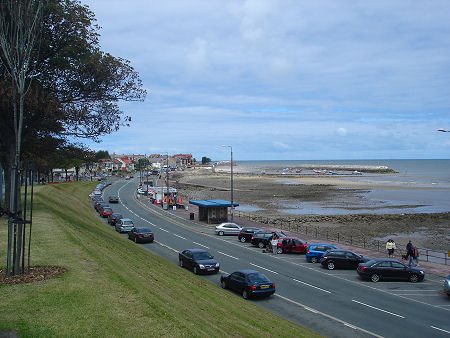 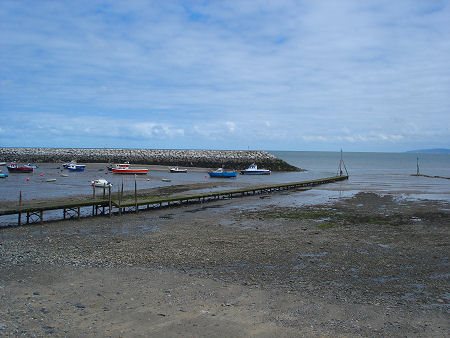 The rock breakwater which surrounds the picturesque harbour was built to combat floods caused when high tides coincided with strong north easterly winds. Boat trips are available from the jetty.

Rhos on Sea once possessed a fine Victorian 1,500 feet pier, some of which was dismantled during World War II by the Home Guard tp prevent it being used during an enemy landing. The structure was blown up in the 1950's. In 1908, the steamship Rhos Neigr sank while attempting to dock at the pier, the remains of the ship may still be seen at low tide, next to the Museum building on the promenade, which once served as the Pier Ticket Office.

The Chapel of St. Trillo

The tiny chapel of St. Trillo, located by Rhos Point fishing weir, measures only 11 by 8 feet and is thought to be the smallest church in Wales ot the entire British Isles. 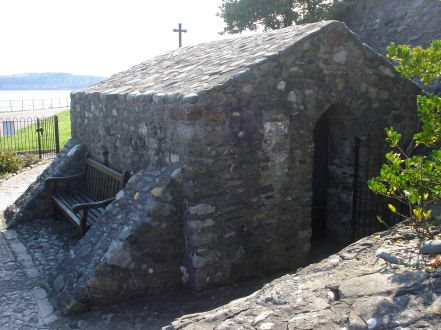 St. Trillo was a sixth century missionary from Brittany and a contemporary of Saint Deiniol of Bangor, who built his cell on the site of the chapel, the original cell was probably constructed of wood and wattle.

The present chapel stands on the foreshore and is of unknown date. It occupies the site of a pre-Christian holy well, which once supplied St. Trillo with drinking water, the chapel's altar is positioned behind the site of the well. The well once provided the water for baptisms throughout the extensive Medieval parish of Llandrillo and it long held the tradition of being a holy well. 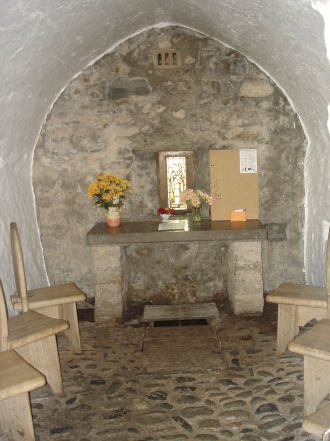 St. Trillo was the son of Ithel Hael of Llydaw, Armorica, (now Brittany) and the brother of Saint Tegai, he arrived in Britain with his kinsman, St. Cadfan. He ministered to the farmers and fisherman from his cell at Rhos on Sea and enjoyed the protection of Maelgwyn Gwynedd (d.547A.D.) who resided at nearby Deganwy. Along with St. Deniol, Bishop of Bangor and St. Crwst, he was among the signatories of a grant made by Maelgwyn to St. Kentigern.

The chapel contains seating for six people. The building was heavily restored around 120 years ago.