Beaumaris was founded by the Vikings and was once referred to as Porth y Wygyr ("Port of the Vikings"), but was renamed Beaumaris (Norman-french for 'Beautiful Marsh') in 1295 when Edward I of England, during his conquest of Wales, commissioned the building of Beaumaris Castle as the last link in a chain of fortifications around the North Wales coast.

Beaumaris Castle and the fourteenth century house in the high street 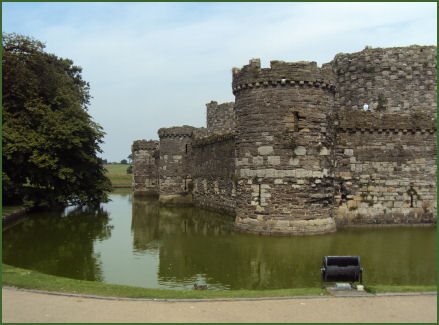 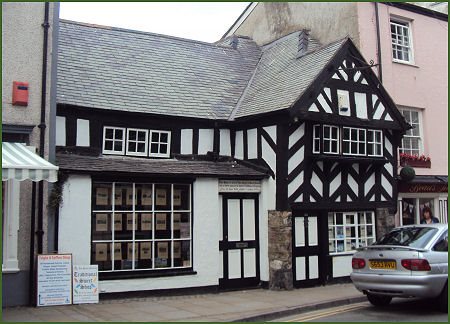 Places of interest in the town include the castle, the courthouse was built in 1614 and even though alterations were made in the 19th century, the original character remains the same, Beaumaris Gaol, the 14th-century Tudor Rose (one of the oldest original timber-framed buildings in Britain) and the Bulls Head Inn, built in 1472, which General Thomas Mytton made his headquarters during the "Siege of Beaumaris" during the second English Civil War in 1648. 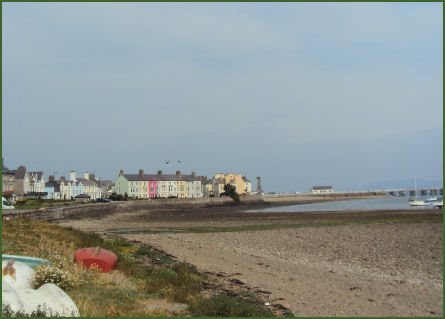 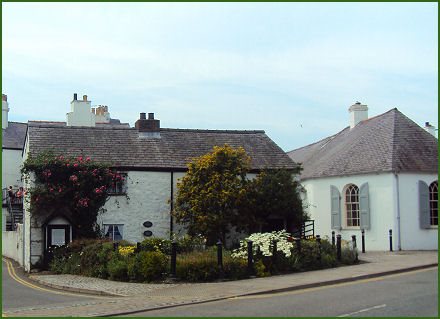 St Mary's and St Nicholas' Church dates to the fourteenth century, it contains the stone coffin of Joan, Princess of Wales and Lady of Snowdon (c. 1191 – 2 February, 1237). Joan was the legitimate daughter of King John of England and at the age of twelve was married to Llywelyn the Great. Joan was originally buried in the Franciscan Friary founded by Llywelyn at Llanfaes, to the north of Beaumaris. The Friary was destroyed at the Dissolution of the Monasteries in 1537. Above the empty coffin is a slate panel inscribed: "This plain sarcophagus, (once dignified as having contained the remains of JOAN, daughter of King JOHN, and consort of LLEWELYN ap IOWERTH, Prince of North Wales, who died in the year 1237), having been conveyed from the Friary of Llanfaes, and alas, used for many years as a horsewatering trough, was rescued from such an indignity and placed here for preservation as well as to excite serious meditation on the transitory nature of all sublunary distinctions. By THOMAS JAMES WARREN BULKELEY, Viscount BULKELEY, Oct 1808". At the west end of the north aisle is the fine alabaster 15th century table tomb of William Bulkeley, and his wife Elen Gruffydd of Penrhyn (near Bangor), a descendant of Ednyfed Fychan the seneschal of Llywelyn the Great, who was the ancestor of the Tudor dynasty.

The stone coffin of Joan, wife of Llywelyn the Great at the church St. Mary and St Nicholas and Beaumaris Beach 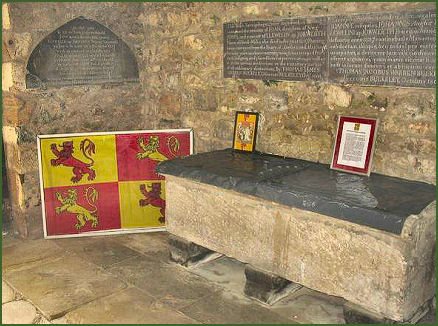 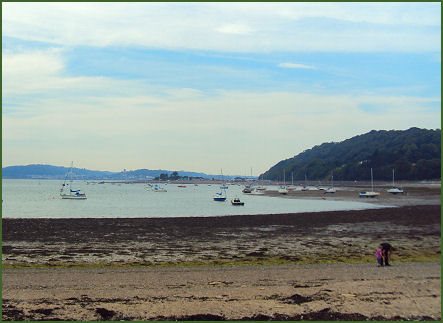 A native of Anglesey, David Hughes, founded Beaumaris Grammar School in 1603. Beaumaris Pier, opened in 1846, was designed by Frederick Foster. Beaumaris is a major centre for yachting and also boasts two golf courses within one mile of the town. 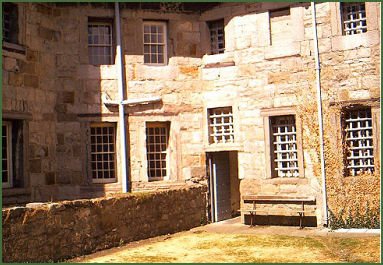 Beaumaris Gaol in Steeple Lane dates back to 1829 and was designed by Joseph Hansom, designer of the Hansom cab. It served as the jail for the whole of the Island of Anglesey. The building was extended in 1867 to accommodate approximately 30 inmates but closed down 11 years later. The building then became the town police station until in the 1950s when it was used as a children's clinic. It is now a museum with exhibits revealing what life was like for prisoners in the Victorian era.

Methods of punishment at the jail included chains, whippings and isolation in a dark cell for up to three days. It has one of the last working treadmills in Britain. The treadmill at Beaumaris is unusual in that it pumped water to the top of the building for use in the cells.

Only two hangings took place at Beaumaris Gaol. The first prisoner to be hanged there was William Griffith, in 1830, for the attempted murder of his wife. On the morning of his execution, he barricaded himself in his cell, the door was forced open and he was half dragged and half carried to the gibbet. The second and final execution was that of Richard Rowlands in 1862, Rowlands was found guilty of murdering Richard Williams, his father in law. He protested his innocence right up to his final moments and legend records that he cursed the church clock from the gallows, saying that if he were innocent the four faces of the nearby church clock would never show the same time, which they did not for a time, although this has been attributed to the wind buffeting the southern face. Both men were buried in within the prison walls in a lime pit, but its exact location is not known.

The metal rivets which held the gibbet in place, along with the two doors which the condemned men passed through can still be viewed from the street outside the Gaol walls. Throughout its time as a gaol there was only one instance of a prisoner escaping. The prisoner, John Morris, escaped on 7 January 1859, using rope he had stolen. Although he broke his leg whilst making his escape he did make it out of the town, before being recaptured.