The picture postcard village of Betws-y-Coed, pronounced betus a koyd, which translates as the 'chapel in the wood' lies in a magnificent fairyland setting surrounded by the dense coniferous slopes of the Gwydir Forest, where the rivers Conway and Llugwy meet. 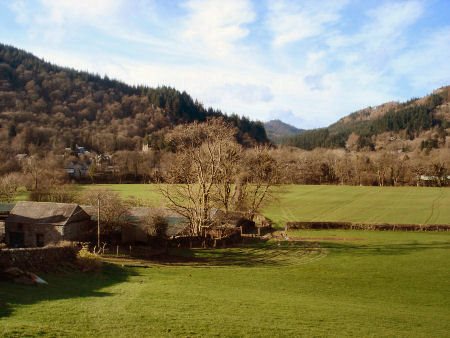 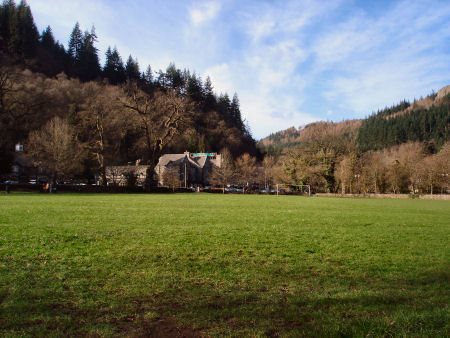 Nearby is the spectacular Swallow Falls, the highest continuous waterfall in Wales. The picturesque Pont-y-Pair bridge, which spans the River Llugwy's swirling, rock strewn waters, was built in 1468.

The village was founded as a monastery in the the sixth century. Artists have flocked to the area since Victorian times. Betws-y-Coed is a popular inland resort, and offers a wide range of accomodation, possessing many inns, hotels, bed and breakfast establishments, cafes and tourist shops, selling a wealth of goods and souvenirs, and two museums. There are some excellent walks along the River Llugwy. 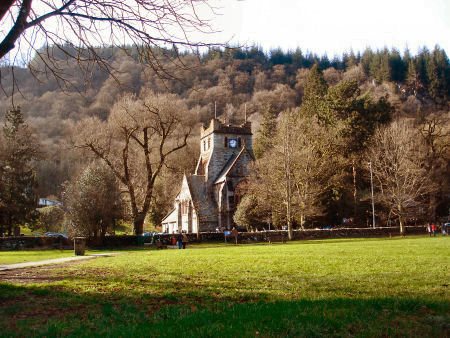 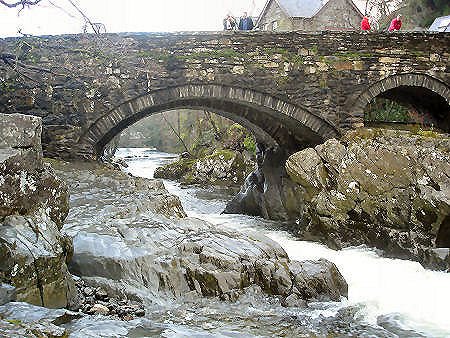 The picturesque The parish church, St. Mary's, in the centre of the village, dates from Victorian times. It faces the large village green, which serves as a playing field for the local football team.

There is a railway station with a museum and miniature railway opposite the large village green and car park. The Snowdonia National Park Centre is housed in the old stables opposite the imposing Royal Oak Hotel. It has craft units and a spectacular video presentation of a helicopter trip from Betws-y-Coed to the summit of Snowdonia. 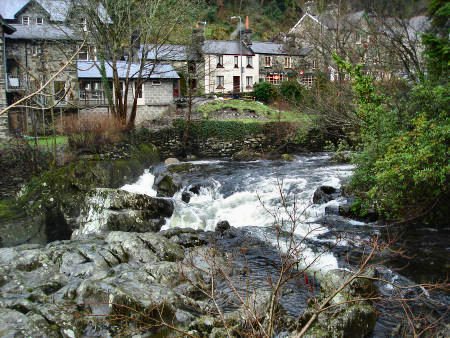 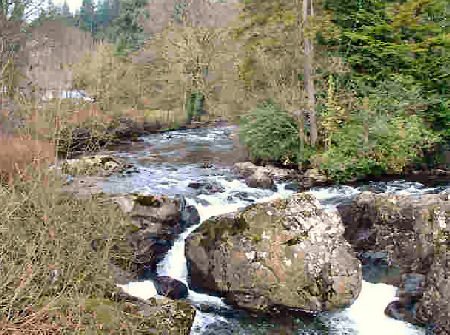 Betws-y-Coed's graceful Waterloo Bridge bestrides the river as it emerges from a thickly wooded gorge, it was built by Thomas Telford in 1815, the year of the Battle of Waterloo, a cast iron inscription across the bridge commemorates the fact. The Betws-y-Coed Railway Station is home to the Conway Valley Railway Museum, complete with an impressive miniature railway, along with a cafe and car park. The village also boasts a motor museum.

The atmospheric Fairy Glen, an impressive sight, is situated just a short distance from Beaver bridge, where rapids and cascades on the Conwy river are chanelled into a narrow ravine of thickly wooded rock banks. The glen can be accessed via a path from Fairy Glen Hotel by the A470

Many people now visit Betws-y-Coed during the Christmas holidays, when the village, surrounded by the conifer clad hills of the Gwydir Forest, is transformed into a winter wonderland. A large tree with lights is erected at a particularly picturesque spot on the rapids on the River Llugwy. 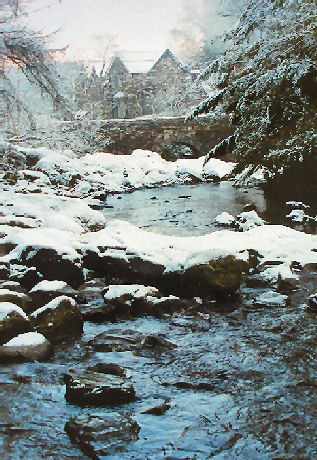 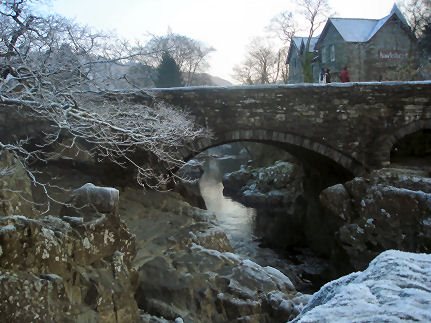 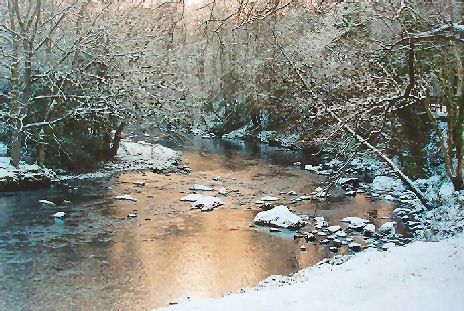 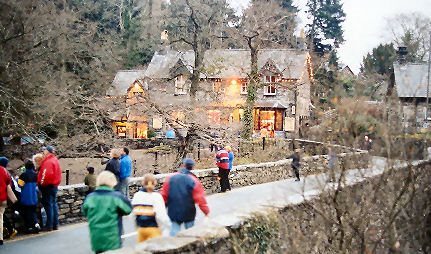 The Church of St. Michael

The stone church of St. Michael's, or Eglwys Fihangel, on the banks of the River Conwy, is the oldest building in Betws-y-Coed, it was built in the fourteenth century but occupies the site of a much older church dating from before the Norman conquest. 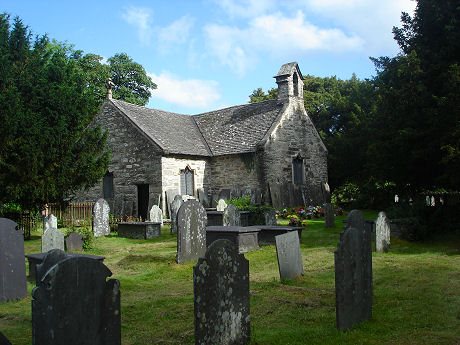 The church has a twelfth century font and a carved effigy of an armoured knight identified as Gruffyd ap Dafydd Goch, grandson of Prince Dafyyd the brother of Llywellyn ap Gruffydd, the last of the native Princes of Wales. Gruffydd fought at the Battle of Poiters in 1356 under Edward, the Black Prince, eldest son of King Edward III, he lived nearby at Fedw Deg, and died circa 1370-80. 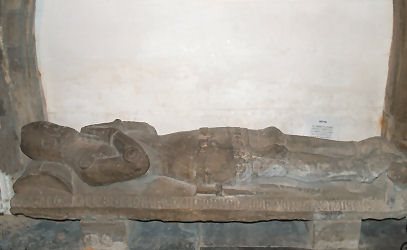 The advent of the railway into the Conway Valley resulted in the old church being cut off from the village and it was eventually replaced by the church of St Mary's. St. Michael's Church was still used for weddings until the 1930s and funerals until the 1950s after which it generally fell into a sad state of disrepair until a small group of people known as the Friends of St Michael’s, raised awareness of the state of the building, and the funds to restore it. 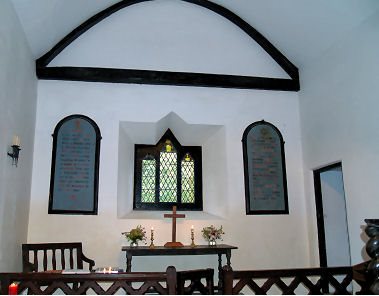