The village of Llandanwg lies on the west coast of Snowdonia between Harlech and Llanbedr. 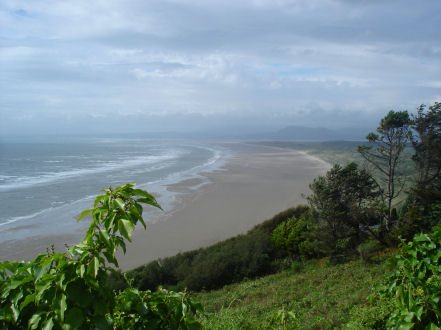 Llandanwg has a popular, shallow shelving beach, which is suitable for surfing and is backed by sand dunes, some of which are owned by the National Trust.

The church of St. Tanwg

The ancient and atmospheric church of St. Tanwg is situated in the sand dunes at Llandanwg. The church is reputed to have been founded in the fifth century by St. Tanwg and can be said to be one of the oldest Christian foundations in Britain. The present building dates to the early Medieval period. 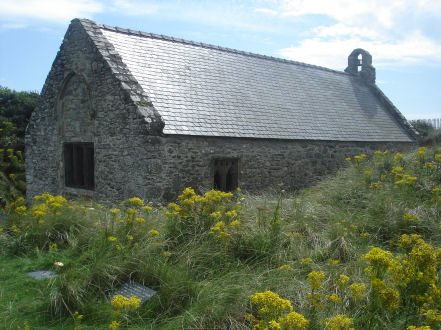 The church was extended in the fourteenth century, when a large traceried window was set into the new East gable and a rood screen, which unfortunately has not survived, was installed to separate the chancel from the main body of the church. The walls were once decorated with texts in Gothic lettering and the windows glazed with coloured glass. By the seventeenth century the sandstone tracery of the windows in the chancel had decayed to such a point as to render them unsafe and they were replaced with mullioned windows. Parts of the walls were replastered and whitewashed in 1789 which destroyed the Medieval decoration.

During the eighteenth century the building fell into gradual decline and was finally abandoned in 1845. The early Medieval roof had collapsed by 1883, after which the church became full of sand and was used by fishermen to dry their nets. In 1884 the roof was replaced by the Society for the Protection of Ancient Buildings and a major restoration of the building was completed in 1987. 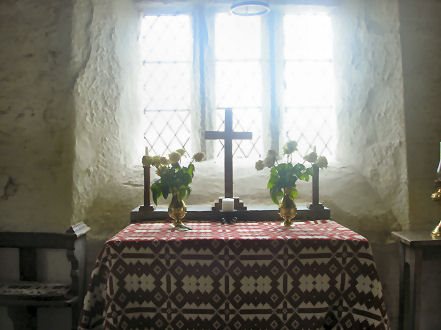 Of particular interest is the eight feet long pillar stone lying by the altar, which dates to the fifth century and may have come from the Wicklow Hills in Ireland. The stone, which weighs three quarters of a ton, was removed from the churchyard in the seventeenth century. There are two names inscribed along the axis of the stone, the first is 'ingenui', the second is defaced but was read as Iarri or Ennb..., possibly Ennbar.

The pillar stone of Ingenui 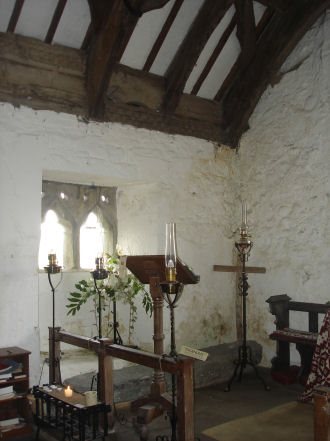 In the churchyard lies the grave of the Welsh poet, Sion Phillips, a contemporary of Shakespeare, who llived at nearby Shell Island, he was drowned whilst crossing from Shell Island to Llandanwg in 1620.