A Scheduled Ancient Monument and the site of an Iron Age hill fort, Pen Dinas Hillfort, which overlooks the resort of Llandudno consists of the remains of over fifty hut circles surrounded by three or four defensive ramparts.

A large fortified enclosure positioned on a subsidiary peak, which juts out out from the looming bulk of the Great Orme, the hillfort is defined by a much degraded rampart. There are a number of swallow holes in the interior of the fort and among these six circular building stances can be recognised. One of these was investigated in the nineteenth century, which revealed 'animal bones, limpet and snail shells and a piece of Samian ware'. 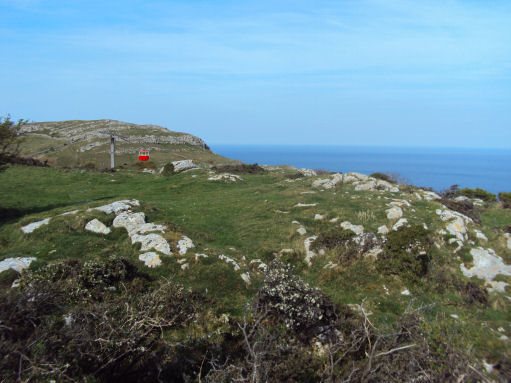 The remains of a large square building, of drystone construction, were noted 'upon the extreme northern point of the eminence' in the early nineteenth century. This is reminiscent of the 'tower' on the summit of Dinas Emrys.