Glyndwr's Way, (Welsh: Llwybr Glyndwr) is one of Wales' three National Trails, it was granted was granted National Trail status in millennium year 2000 to mark the 600th year anniversary of the rebellion in 1400. Its enigmatic name derives from the early fifteenth century Prince of Wales, Owain Glyndwr, who won significant battles close to the route.

The scenic path runs through 132 miles (212km) in a triangular shape from Knighton on the English border, passing through Abbeycwmhir, Llanidloes, Machynlleth, Llanbrynmair and Meifod before ending at Welshpool in north Powys, and takes the walker through a variety of diverse landscapes and with many superb views at many points of the walk, particularly Llyn Clywedog Reservoir, the area around Foel Fadian and Glaslyn and heather clad Plynlimon.  There are spectacular views over Cadair Idris, Lake Vyrnwy, the Cambrian Mountains and Y Golfa. The trail can be enjoyed as a continuous journey, taking around nine days, or over a series of weekend or day trips. 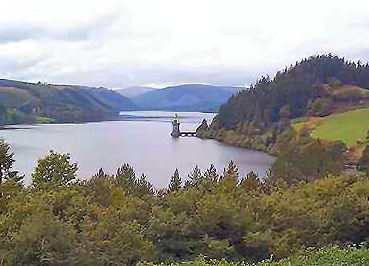 Beginning in Knighton, the trail progresses through the green valleys of the East Radnorshire Hills, and passes through Machynlleth, which claims to be the ancient capital of Wales, where Glyndwr held the first Welsh Parliament in 1404. The Owain Glyndwr Institute and the Parliament House stand in Maengwyn Street. The present Parliament House, which is open to the public, occupies the site of Glyndwr's Parliament, the building dates to the sixteenth century and once served as a townhouse. 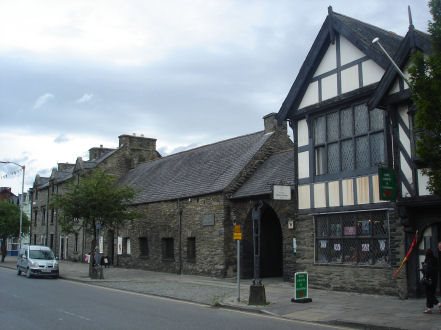 The route also takes in the spectacular scenery around Lake Vyrnwy at the heart of the Berwyn mountain range. The lake is actually a reservoir and was formed by the building of a massive dam in the 1880's, in order to supply the city of Liverpool with its water.

The trail visits many sites associated with Owain Glyndwr. The Battle of Hyddgen, fought in 1401 in Pumlumon, established Glyndwr as Prince of Wales The nearby Battle of Bryn Glas was fought in the following year, in which Edmund Mortimer, Earl of March and designated heir of the English King Richard II, was captured, he was later married Glyndwr's daughter

A set of 16 leaflets are available of the route, produced by the Countryside Council for Wales and Powys County Council and are available from Tourist Information Centres in Powys.