The pleasant village of Maentwrog lies in the Vale of Ffestiniog, on the A496 from Harlech to Blaenau Ffestiniog. The village is situated on the Roman road Sarn Helen, at the foot of the Moelwyns, and is watered by the river Dwyryd.

Maentwrog was built as the estate village by the wealthy and influential Oakeley family of Plas Tan y Bwlch, who owned a huge slate quarry in Blaenau Ffestiniog, their imposing mansion is visible on the opposite side of the valley. The mansion now serves as the Snowdonia National Park Authority Residential Study Centre, administered by the Snowdonia National Park Authority. 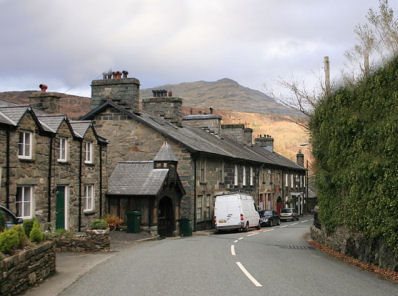 The centre aims to provide courses which are of interest to all lovers of the countryside who would like to learn about the Snowdonia National Park and offer a wide range of courses and tours covering all aspects of the  environment, history, culture, archaeology and walking.  The attractive gardens and extensive woodland are open to the public throughout the year, providing excelllent views of the Vale of Ffestiniog. 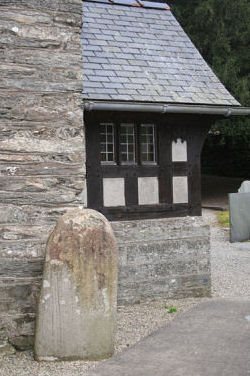 The village's name translates as "Twrog's stone". According to legend, the giant Twrog hurled a boulder from the top of a hill down into the settlement, destroying a pagan altar. This stone is said to be the one still located within the church courtyard, by the church porch. The stone, which measures around four feet high, is not of local origin and is possibly a glacial boulder, the prints of the giant's thumb and finger are supposed to be represented by the indentations upon the top of the stone. However, according to Mabinogion, a collection of prose stories from medieval Welsh manuscripts that draw on pre-Christian Celtic mythology, Pryderi was killed by Gwydion at the River Glaslyn and is buried in Maentwrog. The boulder that legend relates was hurled by the giant is by this source reputed to mark Pryderi's grave.

The village church is dedicated to Twrog, an eminent British saint, who lived at the close of the fifth and beginning of the sixth centuries. The church, with its battlemented tower was rebuilt in 1814 but occupies the site of a previous ancient structure.

A stained glass window in the church depicts St Twrog, holding a book in one hand and leaning on the stone with the other. Instead of having the usual church bells, St. Twrog's has tubular bells. The churchyard contains a superb ancient yew tree which is reputed to be over a thousand years old. 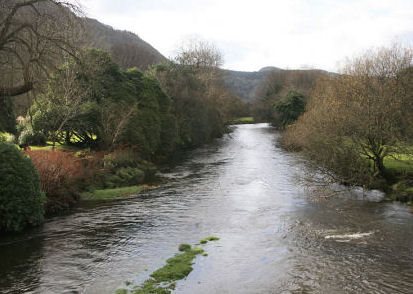 The hydro-electric power station at Maentwrog was opened in 1928, and still produces electricity today. Its water supply comes from the nearby large reservoir, Llyn Trawsfynydd.

There are pleasant walks from the village along the River Dwyryd and two waterfalls are situated around a mile from Maentwrog, Rhaeadr Du, or " the black fall," and Llyn y Gwynryn, both are on the river Velen Rhydr.