.The town of Barmouth or Abermaw as it is known in Welsh, lies on the coast of Snowdonia, and is situated about eight miles from Dolgellau. Barmouth is a traditional seaside resort that owes much to the advent of the railways. Flanked by steep cliffs it offers some two miles of golden sandy beaches which are popular with surfers, swimmers and wind sailors alike.

Spanning the river estuary stands the 800 yard (732 metre) long Barmouth Bridge, which houses a railway line, a footbridge is incorporated on the landward side. The bridge was built by the Aberystwyth and Welsh Coast Railway and opened in 1867. 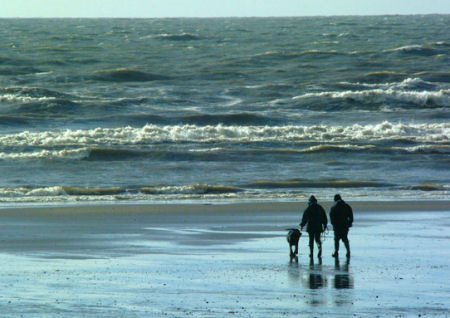 The poet Percy Bysshe Shelley and his wife Mary visited the town in 1812 and were very taken with it. Other famous visitors to Barmouth include the poet Alfred Tennyson, Victorian poet, artist, critic and conservationist John Ruskin and Charles Darwin, author of the 'Origin of Species'.

The characterful settlement has a good selection of interesting and unusual shops and pubs and offers a range of hotel and guest house accomodation to suit all budgets and pockets. In addition there are also several well located caravan parks in the area.

The interesting Ty Gwyn Museum is set in a medieval tower house, located on the quayside and is described in a poem by Tudur Penllyn (circa 1420-1490). The building was erected between 1460 and 1485 during the Wars of the Roses by Gruffudd Vaughan, a local Lancastrian supporter and is purported to have once been occupied by Jasper Tudor, Earl of Pembroke, and the uncle of the first Tudor king, Henry VII. Jasper is said to have plotted the downfall of his hated rival, Richard III, the last of the Plantagenet dynasty, at Ty Gwyn, prior to the historic Battle of Bosworth in 1485, fought in Leicestershire, where Richard met his end and Henry VII acquired the throne and established the Tudor dynasty on the throne of England and Wales. The lower floor is now a restaurant whilst the upper floor serves as the museum which has a shipwreck theme. 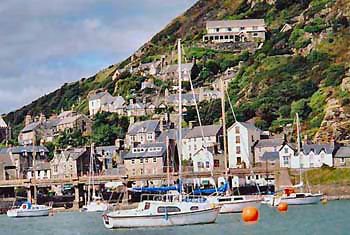 Also situated on the quayside is the Sailor's Institute, which was founded at the end of the nineteenth century to provide a reading and meeting room for the mariners of the town. The Institute stills meets regularly.