Bangor Cathedral, which stands in the centre of the city, is one of the earliest monastic settlements in Britain, being founded by St. Deiniol in around the year 525. This makes it 70 years older than Canterbury Cathedral, it was sited on land given by the king of Gwynedd, Maelgwn Gwynedd. Having been given land, Deniol enclosed it with a fence constructed by driving poles into the ground and weaving branches in between them. The native technical term for this type of fence was 'bangor', which is how the city derived its name. Within this enclosure Deiniol built his church.

The present building dates from the early twelfth century, the first stone was placed by Bishop David between ll20 and ll39. 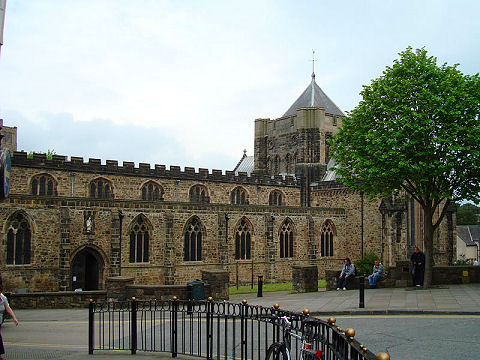 The cathedral was damaged in 1402 by Owain Glyndwr, Prince of Wales, when making his advance north and lay in ruins until 1496 when repair work commenced on the building. The building has undergone severe damage during the course of its long history and has been severely burnt on several occasions, both during local conflicts between the Princes of Gwynedd and by them against Edward I of England. The building underwent extensive restoration by the architect Sir Gilbert Scott in the nineteenth century.

Many of the native princes of Wales are buried at Bangor Cathedral, including Owain Gwynedd, whose tomb lies under the high altar. His brother Cadwaldr is also buried at the cathedral.

Murals at the cathedral depict the six cathedrals of Wales and notable men of the Welsh Church from Dubricius to the first Archbishop of Wales, A.G. Edwards. 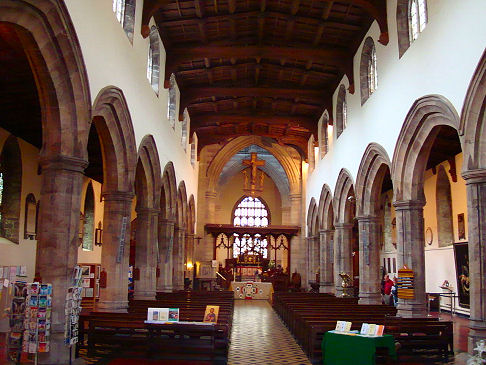 Bangor Cathedral boasts a rich library, one of its greatest treasures is the late thirteenth century "Anian Pontifical", a service book for Bishops, set to music. It is written on vellum with illustrations inlaid with gold leaf and bordered in blue, green and black. The cathedral also contains the Mostyn Christ, a carved oak figure of Christ which is believed to date from the late fifteenth century. It is most unusual in that it depicts Christ prior to the crucifixion, seated on a rock and wearing the crown of thorns.

The organ, which dates to 1779, is the largest pipe organ in Wales and potentially one of the finest in the British Isles. It is a splendid four-manual instrument and the majority of its 4,210 pipes were supplied in 1873 by one of the most famous organ building firms of the day, William Hill. 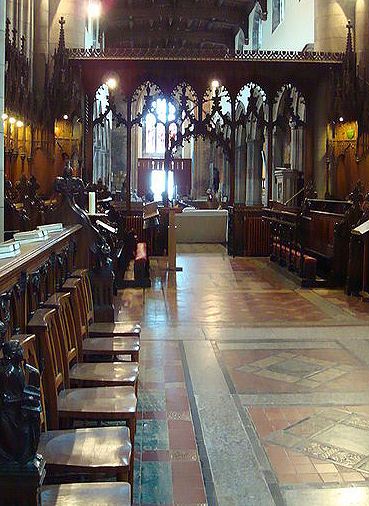 Outside the Bishop's Garden is planted on one side with flowers and shrubs traditionally associated with the medieval church. The opposite side contains specimens of all trees, shrubs and plants in the Bible that are able to survive the climate in Wales.