Gwydir Uchaf Chapel, or the Chapel of the Holy Trinity, which is located in the woods above Gwydir Castle, dates to 1673 and was built by Sir Richard Wynn, fourth Baronet of Gwydir, as a family memorial chapel for the Wynns of Gwydir. The Wynns were one of the most distinguished families in north Wales. 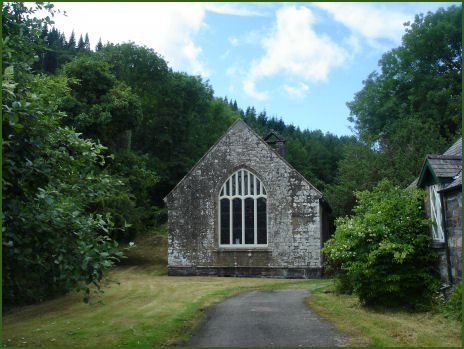 The founder of the family, Maredudd ab Ieuan once owned Dolwyddelan Castle. The Wynn family had two homes at Llanrwst, the eldest of which was Gwydir Castle, a smaller house was built further up the hillside in 1604 by Sir John Wynn, to which the free standing chapel was added by his son, Sir Richard. Sir John's house, although now much altered, still survives and now serves as the Forestry Commision Offices. Sir Richard Wynn died without a male heir in 1674 but left a daughter Mary, who married Robert Bertie, Earl of Lindsey in 1678, their descendants were later to become Dukes of Ancaster. 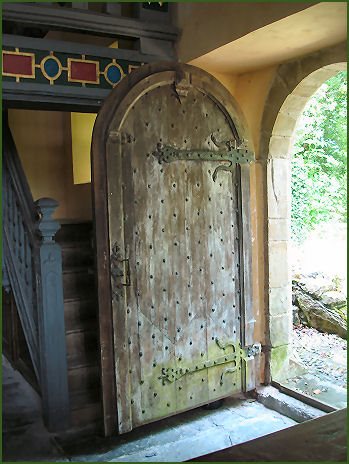 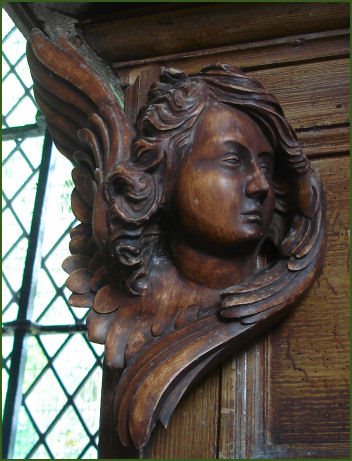 The simple stone built exterior provides a direct contrast with its elaborate interior, which contains a fine painted timber ceiling, depicting the Creation, the Trinity and the Last Judgement, rich wood paneling, carved wood cherubs, a gallery, collegiate-style side pews, and an elaborate wooden pulpit. 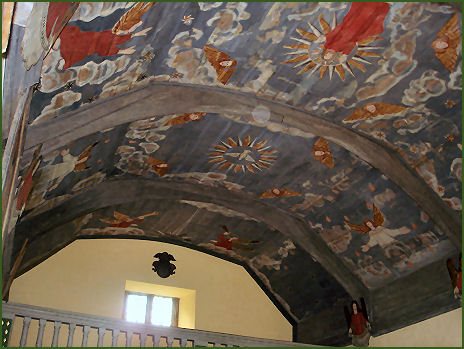