The imposing modern Summit Complex, which sits sturdily atop the bulk of the Great Orme, near Llandudno, offers some fine scenery and views of North Wales and a number of waymarked walks around the Orme, including the 'Happy Valley Summit Path' and an historical trail.

The restaurant, is themed on the famous Randolf Turpin, a previous owner. The building was originally 'The Telegraph Inn' from where messages were relayed between Holyhead and Liverpool advising of the imminent arrival of sailing ships laden with cargo. Later re-built as 'The Summit Hotel', during the Second World War the hotel reverted to a signalling purpose and became the RAF Great Orme Radar Station. 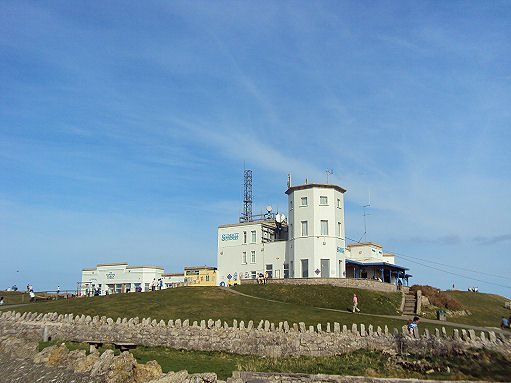 The Summit Complex can be reached by tramway, cable car or by road.