The pleasant seaside village of Borth-y-Gest lies one mile south of Porthmadog.

The quiet and sheltered village is situated at on the edge of the River Glaslyn on the final stretch of its meandering journey from mountain to sea. Borth- y-Gest is reached by a scenic wooded road from Porthmadog overlooked by the soaring crags of Moel-y-Gest. Neat rows of Victorian houses huddle together in a shallow bowl which sweeps down to the sheltered bay where the small boats are moored. The shore can be somewhat muddy, but a short walk over the western headland leads to attractive sandy coves.

Borth-y-Gest has vividly retained much of its Victorian atmosphere and charm. Mersey Street is particularly appealing, the street runs up from the bay and is flanked by terraced cottages. It leads to a footpath over the headland to a golf course the sands of Black Rock. 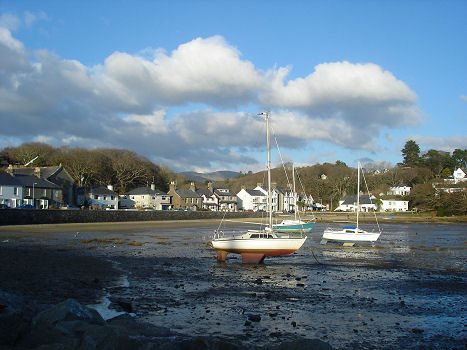 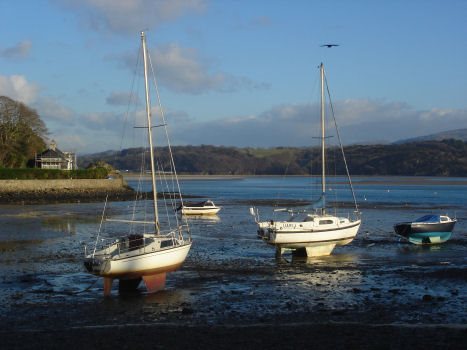 The views from Borth-y-Gest are truly spectacular and perhaps unrivalled by any seaside village in Wales. An unfolding panorama is revealed, sweeping across to medieval Harlech Castle, which dominates the surrounding landscape, dramatically perched on its rocky crag. The castle was founded by Edward I in 1283, during his second Welsh campaign. The views include the wooded peninsula of the Italian style village of Portmeirion, designed by the famous Welsh architect, Sir William Clough-Ellis in 1925. While to the south-east, the Rhinogs are clearly visible soaring to over 2,000 feet, and the huge open expanse of Traeth beach, carved out by the action of the Glaslyn and Dwyryd rivers. 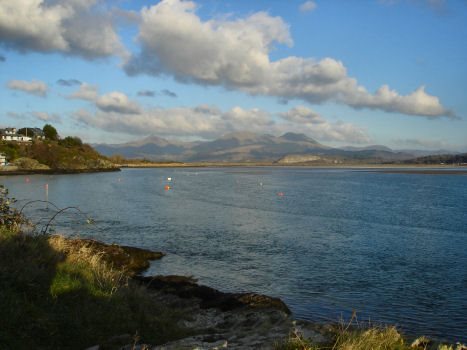 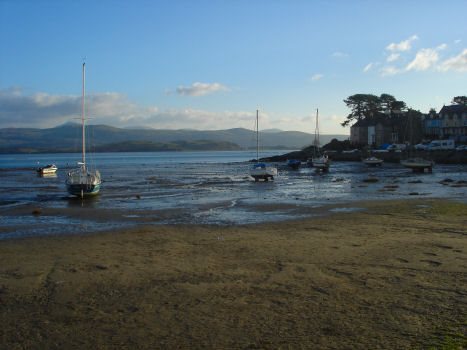 The sands and estuary are of particular interest to birdwatchers as they are home to a wide variety of species of birds including oystercatchers, redshanks and curlew, as well as winter visitors such as goldeneye, great crested grebe and wigeon. Summer brings flocks of sandwich terns.