An area of rugged natural beauty, although scarred with numerous slate mines, the rugged, rock strewn Llanberis Pass, one of the most spectacular in Britain, is popular with rock climbers. The Afon Nant Peris runs through the valley. The twin lakes of Llyn Padarn and Llyn Peris, cut through the mountain ranges of Snowdon and Glyderau which form the pass. 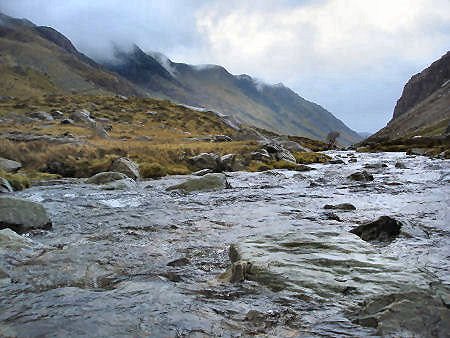 Many of the impressive crags are easy to access from the road. To the north the principal crags are Dinas y Gromlech, Carreg Wastad, Clogwyn y Grochan, and further down the pass, Craig Ddu. To the south looms Dinas Mot. At Pen-y-Pass, the highest point in the pass, stands a Youth Hostel, converted from an old coaching inn, the Gorphwysfa Hotel. 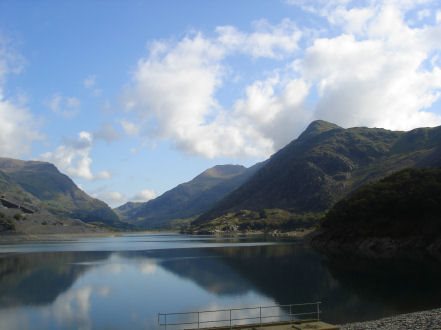 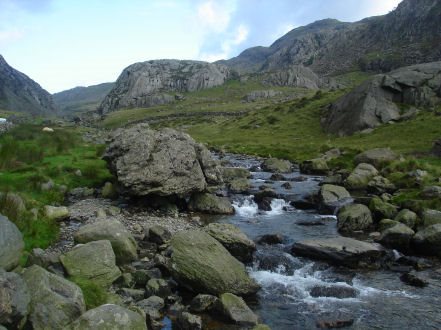 The small grey village of Nant Peris clusters around the ancient church of St. Peris. The present Church dates to the 14th Century and is built on what is probably an ancient Christian site.

The Electric Mountain at Dinorwig Power Station makes an interesting day out, with an information centre, a huge cavern inside the mountain with guided tours. Children under fourteen are not admitted.

Llyn Peris, a glacial lake, flanked on one side by the old slate quarry of Dinorwig, is around 1.8 km long and forms part of the lower reservoir of the power station. The lake dertives its name from St. Peris, an early Christian saint, who is said to have settled in the area. 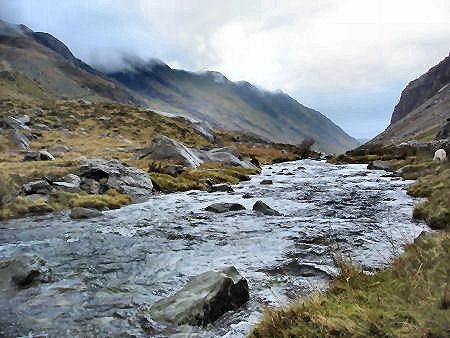 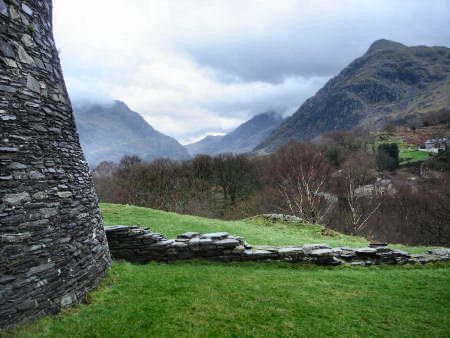 Llanberis, at the bottom of the valley, sits between its two lakes and is the starting point for the Snowdon Mountain Railway. Historic Dolbadarn Castle, The twelfth century fortress of the native Welsh princes stands guard nearby.

The Llanberis Lake Railway, offering unrivalled views of the surrounding scenery, was constructed for tourists in 1971. A narrow gauge railway, it runs for 2.5 miles along the shore of Llyn Padarn. The journey takes around 45 minutes.

A Snowdon race is held in July of each year, competitors undertake the strenuous task of running to the mountain's summit.

Places to visit around Llanberis

Dinorwig Power Station - Situated in large cavern inside the mountain with guided tours, no children under 14 admitted.

Welsh Slate Museum- Situated in the former workshops of the Dinorwig Quarry, displays much of the original machinery and equipment used as well as films and slides.

Padarn Country Park- On the shore of the lake.

Museum of the North - Covers the natural history and environment of Snowdonia.

Dolbadarn Castle - Twelfth century castle of the Welsh Princes of Wales, stands at the entrance to the Llanberis Pass.