The Ffrwd Fawr waterfall is situated south east of Machynlleth, in the Pennant Valley near Dylife. A a 130 feet (40 metres) fall down a sheer rock face on the Afon Twymyn, it is said to be one of the most spectacular waterfall in Wales. The name translates as 'big torrent'. 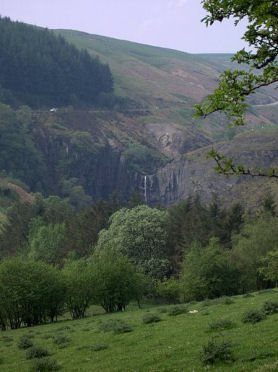 This difficulty of access has ensured that Ffrwd Fawr remains virtually undisturbed.