Conwy, formerly known by its anglicised form of Conway, is without doubt the best preserved medieval town in Wales. Boasting a rich heritage and a unique atmosphere, Conwy, the gateway to Snowdonia is guarded by its imposing castle and is reached via the bridge over the Conwy estuary. 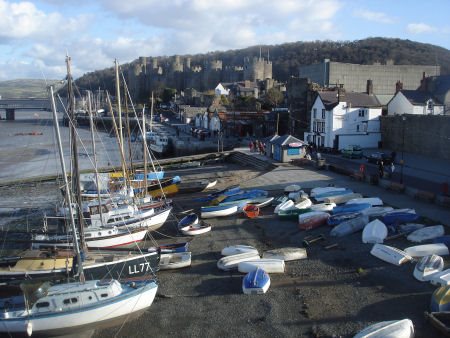 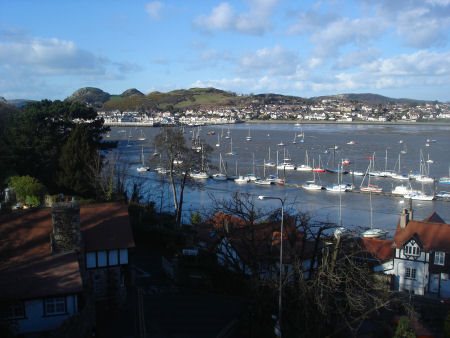 The town was founded by King Edward I in 1283, during his second military campaign into Wales and built on the site of Aberconwy Abbey, founded by Llywelyn the Great. The parish church of Conway retains some parts of Llywwelyn's abbey church in the east and west walls. The town was built mainly to accomodate English settlers, the medieval street pattern within the town walls remains virtually intact. 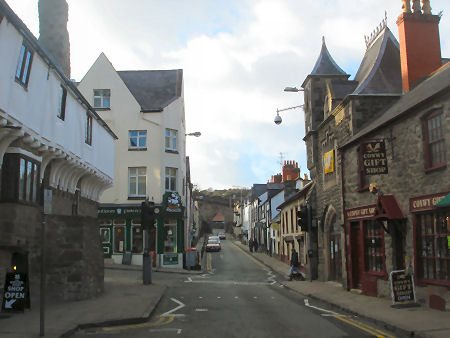 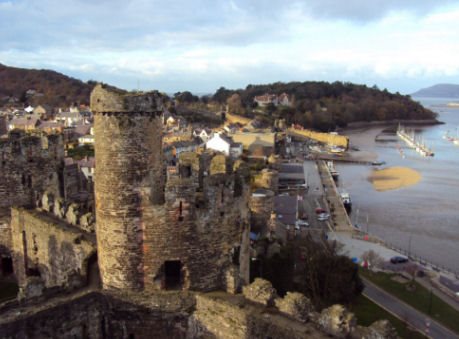 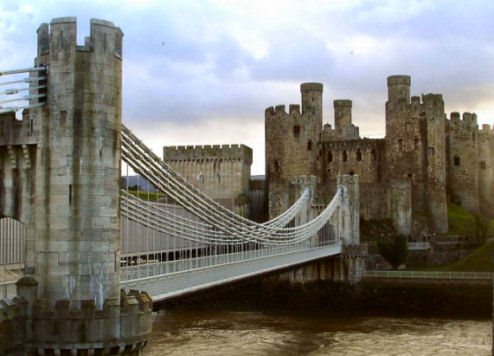 Conwy Castle, described as 'One of the great fortresses of medieval Europe', is one of the most impressive of Welsh castles. Built by King Edward I to subdue the Welsh, between 1283-1289 it stands in a strategic position perched high on a rock dominating the Conwy estuary.

Conwy's Medieval town walls are among the most intact in all of Europe. The extremely well preserved walls are said to ressemble a Welsh harp in their shape. The walls are over three quarters of a mile in length and have twenty-two towers. there are some excellent views from the walls of the Snowdonia mountains Caution should be exercised when walking them as they can be steep and treacherous in parts, particularly in bad weather and in the winter. 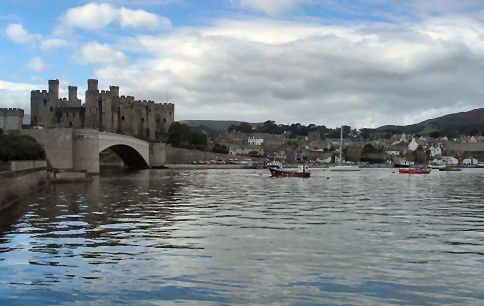 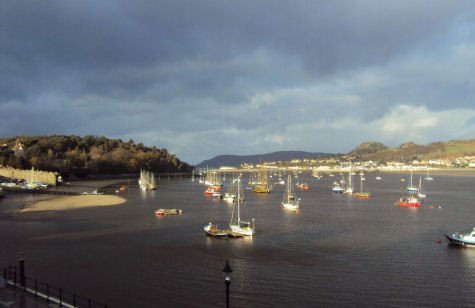 Thomas Telford's famous castellated suspension bridge, spans the Conwy estuary. The bridge is now used as a pedestrian bridge into the town. The graceful structure was completed in 1826. It replaced the Conway ferry, which was previously the only means of crossing the river. The tubular railway bridge is the work of Robert Stephenson and was constructed in 1846.

The well kept town has many characterful and atmospheric narrow streets and interesting historic buildings. In the main Lancaster Square, at the top of High Street, there proudly stands a statue of Llywelyn ap Iowerth, or Llywelyn the Great (d.1240) who founded the long vanished Aberconwy Abbey, around which the town grew. The colourful statue is painted in Llywelyn's heraldic colors, and stands by a small ornamental fountain.

Lancaster Square and the statue of Llywelyn the Great 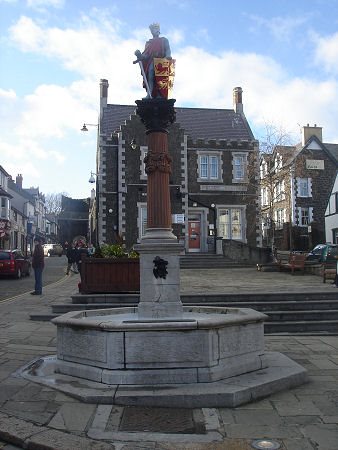 Pleasure trips are available on the River Conwy. The Conwy Estuary provides excellent opportunities for birdwatching, and is home to many species of wading and migrant birds. The Estuary hosts large numbers of ducks and waders. In the winter months a large gull roost is known to form near dusk. Ospreys can be sighted during the Spring and late Summer months.

Places to visit in Conwy 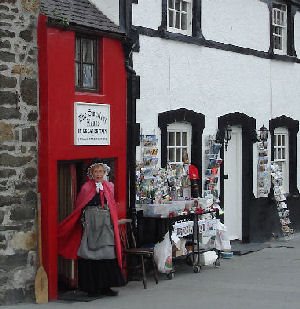 Aberconwy House, a fascinating white timber and stone building is now a National Trust shop. It dates from the fifteenth century, perhaps as early as 1400 and is the only surviving example of a medieval merchant's town house, which once abounded in Conwy.

On the busy quayside, by the bobbing fishing boats and shrilly calling gulls, stands the smallest house in Britain, the red painted dwelling consists of two rooms linked by a staircase and was said to have been built in the town walls to avoid paying taxes. The house has been occupied since the sixteenth century and last occupied in around 1900, by Robert Jones, a local fisherman, whose descendants still own the house today.

Plas Mawr, (which translates as 'great mansion') just off the High Street, an architectural gem, is one of the best preserved Elizabethan town houses in Britain and perhaps the most visited building after the castle. It was once owned by the influential Robert Wynn, a courtier who rose to emminence amongst the Welsh gentry.Open:- June - Aug, Tues - Sun, 9.30am - 6.00pm, April, May and Sept, Tues - Sun 9.30am - 5pm, Oct Tues - Sun, 9.30am - 4pm.

The Art Gallery is situated in a converted chapel on Crown Lane, behind Plas Mawr, housing exhibitions by the Royal Cambrian Academy of Art. It displays work by Academy members, almost all Welsh. Open:- Tues - Sat, 11.00am - 5.00pm, Sun 1.00pm - 4.30pm.

The RSPB Nature Reserve on the Conwy Estuary is a must for birdwatchers.

At Conwy Butterfly Jungle in Bodlondeb Park, visitors can see some of the most beautiful tropical butterflies on Earth in free flight around them, in a complimentary jungle garden setting. A fascinating experience. Open:- March- 29th Oct, 10am- 4pm. 16th May- 3rd Sept, 10am- 5.30pm.

Across the estuary stands Bodysgallen Hall, which incorporates a medieval watchtower that was later used as a signal place for Conwy Castle.

When you journey to the magical Welsh countryside, you'll experience adventure like you never have before. For your trip, consider a timeshare rental - with spacious and affordable lodgings, your vacation to idyllic North Wales will be complete.