The attractive village of Melin y Coed in the Conway Valley lies to the south of Llanrwst.

The village once went by the names of Hen Felin, meaning the Old Mill and "Pentre y Coed" . The quiet village lies amidst stunning scenery and has dramatic views of the Snowdon mountain range. 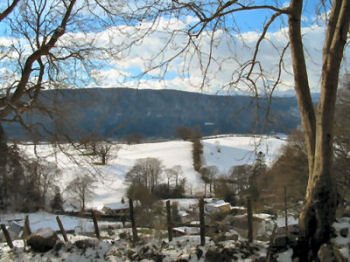 The mill in the village, which once processed corn, dates from the eighteenth century. It occupies the site of an earlier mill and was still in use until the first half of the twentieth century. It has now been converted into a private residence, the millstone is presently built into the stone wall by the road. 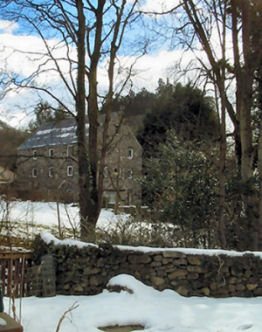 Cyffdy Hall, a Grade II Listed Building, the oldest building in the Melin y Coed, dates from Tudor times, being constructed in 1596, during the reign of Queen Elizabeth I. The hall retains much of its external and internal character. The Bethel chapel, which stands by the picturesque bridge over the river, dates to 1827.

The village offers a range of accommodation

Villages and Towns of Snowdonia